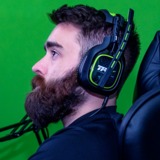 @sergiy: So, even without the Lakitu-style adversary, I'm actually *already* reclaiming their currency...all of it (at least for those who were banned as actual viewers, not "symbolic" bans) haha. Everytime someone gets banned, all of their bushbucks get thrown into a general pot that I'm calling the "ban bounty." I'll occasionally have various opportunities for someone in chat to win/earn/claim that bounty through some manner of challenge.

Thank you all so much for all of the kind words!

Suggestions if you want them:

- longer flight to the sun (suspense!)

- have the username float over the model the whole time

Thanks for the suggestions! I think I probably agree with the longer flight times. I've thought about pushing the sun even farther away and just making it larger to compensate, but I'll need to spend some time tuning the power meter to make sure my spring forces operate smoothly over the full spectrum. Right now there are basically 3 scenarios: Too weak of a force just dumps them onto the platform (which I find hilarious), a middling force clears the platform but just dumps them off into the void of space in between, or a strong enough force to get them to the sun with varying trajectories (currently a 75% power shot gives them a really satisfying high arc towards the top of the sun). The middling force is obviously the least satisfying, and that scenario would increase in frequency with a larger distance between the platform and the star, but I suppose there are a few ways I could solve that. I could experiment with turning gravity off (it doesn't really make sense in this outer space scenario anyway lol) and seeing how each power level performs, or I could experiment with sort of Lakitu-like system where something rescues them from the deep for another shot.

Regarding the username, I'll probably at least leave the names getting crushed into the platform as a thing, because I can actually reload the slingshot with the next user without backing out back to gameplay to reset the whole scene. As I reload more and more, all the letters from the previous names just keep piling up on the platform as a sort of username graveyard haha. *However*, I already have plans (and partial implementations) in place for making the avatars more user-specific, which would at least partially speak to your suggestion :). I have a stream currency (bushbucks, i know i know sorry sorry sorry) that viewers accrue as they watch/interact with chat, and I'm going to have an in-stream shop where they can buy hats/shirts/etc to put on their little avatar so that when they show up on stream (I have other scenes besides this where they would show up in less dire circumstances, lol) their little avatar would be personalized for them with whatever they've purchased/earned and equipped.

Regardless, thank you so much for the feedback! I've been locked in working on this whole project for a few months now and have only shared bits and pieces with close friends, it's so nice to finally get it in front of people and hear their thoughts!

Dr. Strange did give away that we find a happy ending. He looked through all those possible time-lines and, while he only found 1, 1 is all he needs. He's proven that he has mastery of the time stone to the point of being able to simply rewind time back over and over until he gets to the exact timeline he needs to be in. It makes logical sense within the MCU's established canon then that what we've seen is the 1 time-line that gets us to a happy ending. Also, if you think about it, the whole "I looked at millions of timelines' bit was a bit of a red-herring. Once he finds a winning solution, he's gonna stop looking. Of course you have a bunch of failures and only 1 solution. Think of this way. You need to find the answer to a question online. You randomly type in internet addresses until you find the solution..then you stop, cause your task is complete. You wind up in the same place "I searched millions of wrong answers..and only found 1 place that had the right one" Well duh, you stopped looking once you found it.

I disagree that he would have stopped looking, especially since the price they had to pay for that particular solution was so high.

Word, especially since "winning solution" is such a fluid and ambiguous idea in this case. If winning means stopping/undoing Thanos' plan, there is a *wide* range of possible collateral damage in getting to that point and they would be better served by having less painful routes to take if they existed.

All axe all the time, I literally have no time spend with any other weapon and I'm approaching the last area. The low attack is plenty fast enough for dealing with faster/weaker enemies, or getting in pot shots on the larger ones. The double swing of the high stance strong attack deals so much fucking damage to both health and ki, I switch and use that when I get solid openings after an enemy barrage or if I get behind them. Been mostly focusing on Ki reduction, damage, and break for my weapon rarity abilities.

These are the games that immediately come to mind when I think about which ones got closest to universal praise. Even though the west coast guys seemed super high on The Witness, the East fellas didnt seem too impressed, so I expect that to round out the top 5.

That definitely seemed like a new main character shot to me, and I'd be totally down. A total shot in the dark, but I also immediately thought of Claudia Black. That would be a pretty dope voice to listen to across a new trilogy.

Right now it's Winston, so I'm sad to see him so far behind in the poll. He's great against squishy characters, (esp. snipers) and he's probably my most consistent POTG character.

Plus, not a lot of people seem to know how to counter a decent Winston right now.

I love me some Winston, feels good flying around the point and causing aggro whilst team mates sweep in and mop up, he has his counterpicks though, he is so free to D.Va/Reaper/McCree, D.Va armour makes her almost unkillable and the last two just drop him.

I love playing Winston during the Arcade weekly brawl, because his jump ability resets almost immediately. I spent the last game I played just ruining these two Bastions' days by jumping back and forth enough that they couldn't aim fast enough to hit me while shocking their HP down enough for my team to take them out.

On regular matches though, I'd say he's strongest on the cart pushing maps because you can drop his shield barrier on the cart itself.

He's a perfect counter for Genji as well, seeing as he can't reflect the electricity and with the jump Winston has enough mobility to keep up with him. He's also really dangerous for Tracer's and snipers.

I've fooled around with video editing as a hobby for years and Vegas was where I started and I still use it to this day for sequencing and minor overlays, After Effects for the fancier motion graphics type stuff. Super intuitive and easy to use, I love it. Awesome that it worked out so well for you!

@hankrazorbeard: Yeah I imagine that scene would have still been bad even if I wasn't "spoiled". I for one don't read the books but at the end of last season there were definitely posts to the effect of "I'm surprised people think Jon Snow is actually dead." When I read something like that and what am I supposed to assume? Of course I think Jon Snow is dead because the only other character brought back to life successfully was part of some B-plot in the show. Maybe certain book snobs had an inkling of this if there were at least allusions in the novels to Snow's body being preserved or protected, again I have no idea.

It wasn't just that precedent was set for resurrection, it was specifically that the resurrection was achieved by a red priest (ostensibly) using the power of the Lord of Light. If the end of season 5 hadn't so obviously telegraphed that Melisande had returned to Castle Black, I doubt you would have seen so many people speculating about Jon's return. It was a pretty obvious connection, regardless of whether you've read the books (I haven't).