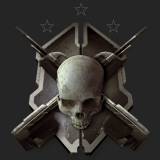 With all the rumors surrounding a supposed 10th Anniversary Halo: Combat Evolved HD Remake, I thought it would be fun to create a list of things I would like to see, and maybe a few that I wouldn't. So without further ado, here we go:

Things I don't want to see

Well that's all I got for now, let me know what y'all would like to see or not see in a Halo: CE remake.