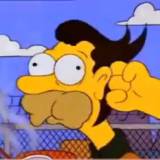 Hey you guys, look what i found!

So I found this guy on YouTube talking about lizard people who are secretly undermining us and felt I had to share his opinions with you all. So while he starts just like a crazy bible person he does quickly descend into the darkest depths of logic.

He has, however started a fun game that me and my boyfriend often play, looking at logos and discovering witch ones are run by “Tares” who are from what I understand lizard people.
It is not my place to ridicule him, it is his opinion and he may share it to whom ever will listen and anyway he seems harmless.

So any logo with a circle. Triangle, wings or X’s are evil and we must not spend our money there.

Have ye any opinions?

So I turned 17 on August first, and in the UK this is about the time to start working towards getting a vehicle licence. The thing is I want a motorbike, nothing fancy or particularly quick but not a steaming slag heap.

My mum says she doesn't want me to have one but my dad is worse saying there is zero chance of me ever getting one so long as he is alive, he seems convinced that everyone who gets on a bike  will  and must die by it and that if I want to get a licence and a bike, he wont help in any way towards, and I quote;  "putting the loaded gun to my head"
Worst part is both he and my mother rode a motorcycle for years, an era that ended when my father wrote-off the bike after going to fast on a roundabout and broke his thumb.

At the moment I’m trying my best to persuade them by saying that them saying I can’t ride is insulting me and that they are basically calling me incompetent.
Both seem set in their ways.

Any advice? Ever had to persuade a parent to your way of thinking?

Oh and the reason I really want a motorcycle is because I watched Mad Max and I totally want to be reckless with it.


Is this a talkradar reference?

am i ready for some football? no.
1 Comments

maby the stupidest thing i have done.

So I tried to make a flame thrower. It seemed so easy, so after watching a couple of how-to videos on YouTube I was ready to embark and make the coolest thing I had ever made, I had all my equipment ready: water sprayer, electric ties, toilet paper and fire. So I’ll cut this story short, after discovering that the water sprayer was dripping gas everywhere I decided to burn off the gas that was on the ground, and then before I knew it the bottle was aflame, I dropped the bottle expecting it to explode jus’ like them movie-films but thankfully it didn’t, and within 5 minutes the fire was out and I was well on my way to destroying the evidence.

Ninja to feature in Assassins Creed 2?

I have been thinking about Assassins Creed but more specifically the next instalment, its rumoured to be set in the 17th century but after a quick read I found to my dismay that ninja were more around the 14th century. Still it would fit the play style perfectly. There would be climbing, jumping and blending intro crowds galore! Assassinations may feature.

Just a semi realistic game based around Ninja would be fantastic I’m not saying there is no place for the Ninja gaidens and the Ninja towns. But I need a gritty Ninja game, something that contradicts from the stale Chuck Norris-esk Ninja, and the even worse the child-friendly Ninja.
Seriously how did that happen!? Sometime in the past hundreds of years they went from people specially trained to remain undetected until the time came to stab someone to death, to this!

But perhaps my hopes may yet be realised, (Spoilrz!) at the end of the game some of the hidden messages you see reference a Japanese island and even show what looks like some lovely classic Japanese style architecture. And thus my hopes remain
.