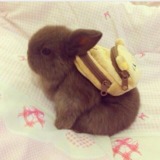 Am I allowed to be excited about this game? I put a lot of hours into Fallout 3 and even S ranked all DLC and the game, but for some reason, I'm not hyped much about New Vegas. Maybe it's those AWFUL, AWFUL GRAPHICS. Ugh.

Questioning whether or not to get GameFly? Look no further...

Let me be the first one to say that GameFly is a very polarizing issue on game boards all across the internet. It works so well for some, and leaves a very sour taste in the mouth of others. But as a current subscriber I would like to take a decisive look at the pro's and con's of this rental service and whether or not it would be a good fit for you.

First and foremost, the key to deciding whether or not to pay money for a subscription service is deciding how much use you will get out of it. As a person who got into this generation of gaming with my PS3, I got GameFly with a large list of "must-plays" that I had yet to touch. My initial game que was about 50 games long and contained some heavy hitters such as Uncharted 2, Assassins Creed 2 and Batman: Arkham Asylum. There's 180 dollars worth of games right there, all potentially available to me in the span of 1 month for around 22 dollars (for the 2 game plan).

You also need to find out how quickly you will receive games as this seems a major sticking point for many former subscribers. There are distribution centers on all major coasts, and depending on your location, you can get games at a good rate, or much to the dismay of some, a pretty weak rate. I live in southern-metro Denver and receive my games in about 3 days, and the games are registered with UPS in about 2 days. GameFly will ship out a new game as soon as it sees that UPS has the game in it's possession, and the turnover for me is acceptable and allows for me to play one game while waiting for another, that way I'm never left without a game unless I don't manage the timing well. If you aren't able to receive games in an acceptable time, take this into consideration as you are paying monthly and want to get as many games as you can if you hammer them out quickly.

Finally, you may want to look elsewhere if you want all the blockbuster games and aren't willing to deal with some lower teir games to play waiting for your eventual copy of the big titles. It upsets me that this kills the service for so many people, because you have to understand the sheer volume of games they are dealing with. This isn't like your local rental store that can guarantee a rental to be in stock, because they are dealing with only a local community of people potentially renting. GameFly is dealing with a nationwide audience who understandably want to rent the best games first. After launch, the game is almost always going to have a "low" availability rating. If you are willing to wait or risk getting lucky and getting it first, you will get it. But in the mean time, line up some older games you looked over, which is why the first point was making sure you have a pretty deep library of games you would want to play.

All these ups and downs are things I have personally experienced and have come with continued use of GameFly.

GameFly can be a curse or a blessing. As a college student with a part time job, I happen to have more time to play video games than a guy who has a kid and 40 hours dedicated to a job. So please take all the things listed into consideration when deciding whether or not you want to depend on a rental service for your gaming needs. If it works for you, you will praise it as much as I do. But if you go into it without any investigation, you could get burned and feel the same resentment that can be found on forum's all over the web.
3 Comments

Would you let Brad play video games with you?

Watching Brad play Quick Look's infuriates me, as it seems like he had the tips of his thumbs frost bitten or something and has lost all precision while gaming. He also seems to have ability to handle stressful situations equal to that of a 16 year old girl at her first day of work. Too many times were are subjected to hearing him squeal and run off without firing a single bullet into a zombies head (Deadly Premonition, RE5).

SO WITH THAT IN MIND....would you let this man play a game at your home while you watched. And if you would, what would be the boiling point of gaming suckage that would make you rip the controller out of his hand and do it right?

Blogs Created:
3 blogs
Most Commented blog:
Would you let Brad play video games with you?
Total Comments on blogs:
83 comments