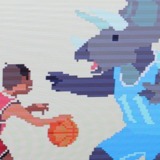 Honorable Mentions
Grand Theft Auto IV - Good game, no doubt, but I didn't seem to click with experience everyone else seemed to be having. Maybe I just didn't connect with the whole mafia/vengence story. Whoduthunkit?
Dead Space - A great new IP with a lot of potential. Not exactly in the top five, but definitely top ten. I'll definitely pick up the sequel.
Left 4 Dead - Valve keeps cranking out one great multiplayer experience after another, but I just think the replay value isn't enough to keep you coming back for more than two or three times.
Gears of War 2 - Eh. It's more Gears. Probably going to be a light month. My stuff from amazon.com (new headphones and Enter the Dragon on Blu-Ray) doesn't ship until late December (wtf?), so I'll post those in January, but I'll just post this weeks pick-ups for now. And then last, but certainly not least... Only one game this week. What has this world come to? Oh, and would you guys like a video of my shit? I've seen some of those things floating around, and I think they're pretty cool, but I'll only do it if people want to see it. Drop me a comment if you think it's a good idea.

I guess I'm just a sap for this kind of stuff. Came across this on YouTube and decided to share. Definitely worth your time if you love Mario Kart (who doesn't?) and acoustic music. If anyone wants the files off of the Chrono Trigger soundtrack, feel free to shoot me a PM. The Good and the Bad of Mirror's Edge


So as you can see, there are plenty of things wrong with this game, but at the same time, I would definitely play Mirror's Edge 2. There are so many great concepts in this game, that if they simply tweaked a few things, it would be a great IP that anyone could pick-up and play. It has room for DLC, but only time will tell which direction ME will go.

I may get a review up if time allows, but school's been heavy lately. :|
5 Comments Don't worry, I know how funny I am. Just stopped in at my local GameCrazy to see what they had (I never stop by) and Ico was front and center for $6.40.
3 Comments

The Elder Scrolls IV: Oblivion holds a very special place in my heart for a number of different reasons, and I know comparing Bethesda's latest release to said game is a tired introduction so I'll simply say that it's impossible to play one without comparing it to the other. The controls are the same (aside from one button, which can be changed) and many of the mechanics are the same. In all honesty, any difference in the game is as simple as replacing "magic" with "gun" and "medieval" with "post-apocalyptic".

The main problem everyone seems to have with Fallout 3 is the combat system, specifically the VATS system. In the beginning I wasn't a huge fan of the combat as well, especially with the real-time aiming, seeing as how I couldn't hit anything. So I, like many others it seems, simply run up as close as I can and turn on VATS, and aim for the enemies head. Works just fine and seeing a mutant's head explode never gets old. My one gripe with the VATS system is when you're targeting enemies that don't stand on two legs, it can be hard to maneuver around body parts. I was completing the "Those!" mission, where I had to fight off a series of Fire Ants, and every time I'd pull one up on VATS, it would only go back and forth between the legs and occasionally the torso, even though I wasn't doing anything different with the controller.

Another problem I've had is the overall difficulty. Now, I've never played a Fallout game before (for shame!), and I've heard they're difficult, especially in the beginning, but it gets to the point where I'll have no ammo and no money, even while playing conservatively. The game almost sticks to the wasteland theme too  much, to the point where I can never find anyone who has ammo, and playing the game through the "good" path doesn't exactly mean you'll be rollin' in the dough. I'm constantly having to avoid the smallest monsters and most trivial fights, simply because I'm out of ammo. I'd love to restock, but I don't have any money, and every ammo box I find only has 6 or so shots for each gun. From what I've gathered, Fallout 3 isn't a survival horror game, so why does it seem like it wants to go that route?

Outside of those two things my experience has been a good one. Some of the things that were buggy in Oblivion haven't been fixed, but a few have (I'm looking at you, jumping up the side of a mountain) and that's what really makes the game feel the same. If you liked Oblivion, pick this one up and even if you didn't, it's different enough that you should give it a try.
1 Comments