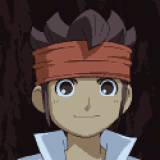 Why don't we get sick of Tom Clancy games?

Tom Clancy's The Division held it's open beta over the weekend, and Far Cry: Primal is out. Two Ubisoft games that are ultimately new entries in long running series, except not really. I'm not planning on buying Far Cry, and will probably only get it when it's super cheap, but The Division has piqued my curiosity (and a few million others) and I think I will get it on release, even at $80 Canadian! Both franchises have had entries every year for the past while, but I'm sick of one, and not the other. Why?

This entirely boils down to what these games are doing. Primal is another Far Cry game, complete with outposts, hunting and gathering, all that jazz, but with a new coat of paint. I think this largely comes from the fact that it is, after all, a series. To radically shift the way a Far Cry game plays isn't something Ubisoft has in the cards for the same reason they won't shake up the core gameplay of Assassin's Creed: the series has established itself on a certain kind of gameplay, and while they will play off of ways to present it, including setting, weapons and story, the game itself will remain what it is. Far Cry is a lot easier to relocate than Assassin's Creed, but even when shifting the setting radically, certain elements (outposts/checkpoints, wildlife, fire, basic gunplay, etc.) remain relatively unchanged since Far Cry 2 and 3.

The Division plays similar to other Tom Clancy games, but is radically different in other ways. There have been other third-person, cover-based Tom Clancy games before, but The Division is really only linked to them in that it is a modern military shooter. It's closer, in gameplay terms, to Destiny or Borderlands than it is to the original Rainbow Six or Splinter Cell. For all intents and purposes, it's a new IP. It's not based off of a novel, it doesn't share a universe (at least, not in any meaningful way) nor does it iterate on the core concepts of a predecessor. Despite its newness, it still fits as part of an established franchise, and has the name recognition that having "Tom Clancy's" in front of the title carries. The actual Tom Clancy had virtually nothing to do with this game, having sold his naming rights to Ubisoft years ago, and passing away only months after the game was revealed at E3 2013, but his name hanging on the box is enough to convince at least some segment of the audience of what this game is about.

I like the Tom Clancy franchise because it isn't a franchise. It's a name that evokes a setting and a general theme, but is otherwise irrelevant to what the game is. It tells you what the game is about, but it doesn't tell you what the game is. The Division isn't the only Tom Clancy game (potentially) coming out this year, with Ghost Recon: Wildlands slated for a nebulous 2016 release. Wildlands and The Division are radically different games that share a general setting/theme. You're working for the government in a near-future scenario. That's about it. The way Ubisoft has structured the Tom Clancy games is one of their biggest strengths, and might be one of their best assets. When tactical first-person shooters were all the rage, Rainbow Six was there to capitalize on it. Want to dip your toe into stealth games? Give Splinter Cell a try! Planes? Fuck it! H.A.W.X.! All of these games are drastically different, and are completely unrelated, outside of the occasional wink and nod. The words "Tom Clancy's" turn an experimental concept into an entry into an existing franchise, and that's a good thing.

We don't feel franchise fatigue for Yakuza since it takes 3 years for a goddamn game to come out over here.

Games, especially the Triple-A games that we expect from big studios, are ridiculously time consuming and expensive to make. If a new game doesn't do well, that's two, more likely three (or more!) years and millions of dollars in salary, marketing budget, software licensing, etc. down the drain. Anything that can mitigate those costs, while not directly impacting the vision of the game is good. That's not to say that taking a big gamble on a new franchise doesn't happen, look no further than Titanfall or Destiny to see that in action, but the problem is that these games just become another franchise. Titanfall 2 and Destiny 2 are already in the works. Even EA's experimental new projects last generation turned into pretty generic horror/action games or Fantasy RPGs. Hell, Assassin's Creed and Far Cry 2 were experimental projects from Ubisoft last gen, but the company has since ground those names into repetitive dust and pressed them into a disc every year.

Games are struggling with a repetition problem right now. It's risky to make a big game that is entirely new, and franchises have so much momentum that it's impossible to radically shift course, or completely change the tone of your game, if it's annual. Call of Duty is a good example of this. Every time one of the three developers working on a game introduces something popular, it takes two years for it to really be iterated on because it's too far in the cycle of the next installment to pivot. Ubisoft taking a break on Assassin's Creed is good, but it doesn't address the core problem with the series: Assassin's Creed games are a known quantity. The way they handle the Tom Clancy name is different, though. Games can be radically different with only the loosest connecting tissue. If one game doesn't catch on, the next one in the chamber can be something completely different. This gives them time to react, think, and build excitement for something different. Jeff's review of Far Cry: Primal laments that it's another one of those games, a short while after the last. The annualization of these franchises is by far the biggest reason why we're growing so sick of them, but still remain excited for the next Mass Effect or Uncharted. While having loose series that can experiment while still playing it somewhat safe doesn't solve everything, it's something that can strike a balance between pumping the well dry and trying new things constantly. It keeps a tighter release schedule, but doesn't crank out the same game every year. It breaks up franchise fatigue, but keeps name recognition. The Tom Clancy name isn't something that you see following "I'm so goddamn sick of" in that many sentences, and it's worth asking why, and maybe trying to integrate some of the answer into other series. Who knows, maybe we'd even see an established franchise turn into a kart racer.

E: Borked some images when I reformatted things, fixed that up

Blogs Created:
1 blog
Most Commented blog:
Why don't we get sick of Tom Clancy games?
Total Comments on blogs:
26 comments