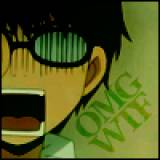 What is up? hood is not

It's been a while since I last posted a blog on Giant Bomb so I decided to post a random one starting by a few games that I got during the past week and most likely ending about the one I have been playing the most.

So starting with the gets, here's a list of games I have obtained through stores or steam:
Batman: Arkham Asylum
F.E.A.R. 2
Aion Online
Halo 3 ODST
Diablo II

Now looking back at that list, the only game I have actually played is Aion Online, I did try a bit of  Batman and Diablo II but at most one or two hours for each, but oh Aion.... how have I become this kind of mmo junkie? been playing that game every single day since release and boy  is it good (this coming from somebody who was playing WoW for two years.) Also a few of the reasons that I am deeply in love with this game, aside from being locked  out of my battle.net accout for erasing my authenticator from ipod without unlinking it, are the awesome graphics which are way different from the cartoonish feeling you get out of WoW and also the difficulty aspect of leveling in a new world with new bestiary, weapons, armors and skills that come with it.
I will most likely keep playing Aion and just leave all the other games aside at least until I hit max level in Aion but until then, I'll see you guys around in a world called Atreia.

(sorry for my bad grammar!! its 8am and I haven't  had any sleep since about 4pm)
9 Comments

Nowai dawg, i havent even gotten to 70 yet, im 55 and just starting to get into the good parts :\ besides im not  a huge starwars fan plus wow already has this big fan base -.-

Games that I need to buy before the year ends

This is a list of games that I havent gotten but Im pretty sure that I will have by march or something... hopefully >_>;; looking back at that list, most games are 60$ so I guess the list of games would total something around 900$ ;__; better start putting some overtime in!!!
Silent Hill: Homecoming
-[Got it]- Dead Space
Fable 2
Legendary
Spider-Man: Web of Shadows
-[Got it]- Guitar Hero World Tour
Fallout 3
LittleBigPlanet
Resistance 2
Tom Clancy's EndWar
-[Got it]- Gears of War 2
Viva Pinata2 (Replacing Mortal Kombat vs. DC Universe because looks lame)
Banjo-Kazooie: Nuts & Bolts
Mirror's Edge
-[Got it]- Left 4 Dead
Chrono Trigger
6 Comments

Played for about 11hours straight the first time, it was really really entertaining, except it crashed on me while I was on the space section of the game and had forgotten to save since the first hour i played it so I had to start the game all over again but it was not a big problem since creating creatures, vehicles and buildings its what makes this game really replayable to me.

So far I haven't done anything major, I have been taking the old cables and stuff off the cabinet, then I'll be building the controller (which im still planning) before I can do major modifications tot he cabinet.

So far the game has been great to me, I got a level 50 char and a level 12, I have played online with my level 20 with different people and haven't had any problems whatsoever, It really sucks that some people are having trouble playing the game and whatnot but as long as this can be fixed, it should not be a factor in the way the game is rated, hence its a great game.

Can't afford to go this year, maybe I can start saving for next year, never really been to one so not sure what to expect from them.

Heck no theres no point, i rather just get new games

I just got a new baby brother :D

Blogs Created:
12 blogs
Most Commented blog:
What is up? hood is not
Total Comments on blogs:
53 comments