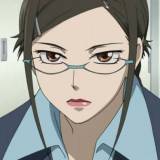 @snakelinksonic: Waaaaaayyyyy late, but the one time I drop by this thread and there are screenshots of my ridiculous MMO wedding with @xeiphyer here :D

That teleport ring, most useful thing in the video game. If any of you guys have a significant other who's interested or a friend you might want to play with a lot, consider getting married. Even the free version is worth it, just for that convenience (but really, who wouldn't want the awesome chocobo you get for he two paid options?)

Thank you for this, guys.

I'm so sorry, Jeff. My sincerest condolences to you and the rest of your family.

Late commenting, but Vinny, I hope everything goes well for you in New York. The change is definitely a little scary, and I'm going to miss hearing you on the Bombcast every week and your hilarious interactions with the other guys, but I'm excited to see what kind of mischief you and Alex can get up to in New York. Good luck to you and your family!

Thanks for posting, Patrick. I was really curious about all this after listening to the morning show where you mentioned you'd contacted the ratings agencies, so I'm glad you decided to make the information available!

I'd definitely be interested in anything you happen to turn up that doesn't get used elsewhere.

Your work is awesome as always. Thank you so much for sharing!

As someone who will always love Persona 3 more than Persona 4, I agree with a lot of your assessment. I particularly agree that Persona 3 is a more cohesive artistic statement than Persona 4, which is something I've always loved about it and I've not seen anyone else bring up (or at least not that I remember anyway).

I've never seen 3 as especially grindy, since I found the combat much easier than in 4, but I do think that one of its biggest problems is the progression through the late middle part of the game. I'd argue that the combat in January is worth it, because to me it was satisfying to watch the characters powering through the last dungeon section together. Not to mention that it's kind've cool to enter that last Tartarus block and hear where that music's been building to all that time (though if it was getting frustrating, video is a decent substitute for it ;D).

There are some attempts to get over the pacing in Persona 3 Portable, though they don't totally succeed. The female protagonist route does solve a lot of the social link problems. There's no forced dating and you have access to social links with all of your party members. IMO, the writing in those s.links is better than anything in the original game or 4. Interestingly enough, the S.links with female party members are largely unchanged, save for Fuuka's, which is drastically altered, thank whatever.

If you have some free time, I'd recommend at least checking out some of the FeMC stuff on youtube.

Thanks for posting! Enjoyed reading this.

I haven't read any of the other replies, and I know you were looking for the perspective of dudes, but I wanted to just drop by and leave my input, as an older than college-aged lady.

You should just get rid of this guy. Life is too short and you're too young to be bothering wasting your time on a D-bag like this. Ending your first relationship is always tough, and it's true that you'll feel hurt and shitty, but eventually, it won't bother you so much anymore and you'll go on to meet someone awesome who isn't such an idiot.

Honestly, it doesn't matter what he's thinking -- what matters is how you feel and how crappy the next few months will be if you're counting down to the end of your relationship. Real love doesn't come with conditions like that -- it takes work and determination and those things aren't really possible in a situation with a set expiry date.

The most important thing is, if you do wind up breaking up, to learn what you can from your experiences with the relationship and bring what you think is useful and positive to your next relationship.