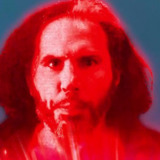 The First Half of 2016: The Best Time to be Playing Video Games

Vinny's favorite tagline for the Beastcast might be slightly sardonic, but it is hard to remember a better period of time for video games in recent memory. The quantity and quality of games in the first half of 2016 has been astounding. At this point, the current generation of consoles is in full swing. PC gaming is still going strong. From sequels to originals, from AAA to indie, just about every area of the industry is firing on all cylinders at the moment. I'm basically going to gush about a lot of video games for about two-thousand words, so I can't help you if that’s not your bag.

XCom 2 Got Me Through Snowpocalypse

XCom 2 released just in time for the biggest snowstorm of 2016. Thanks to our glorious digital future, I was able to purchase the game, go shovel, and return an hour later to spend the rest of the day parked in front of my TV. And thank god for the Radeon R9 390 I purchased last Fall, as this game was shockingly a resource hog, especially at launch. This was also the first big AAA game that gave my new Steam Link a workout, and I was pleasantly surprised how well it held up. Save one or two occasions, the game ran lag free from my downstairs PC to my upstairs room.

As for the game itself, I was addicted to this game for the next two weeks. I played it obsessively during every spare moment of free time up until the point I finally finished the last mission of the campaign. It's a shame between its early year release and the numerous technical issues it had at launch that it has been somewhat overlooked, because XCom 2 is a better game than its predecessor in most every way.

Like many others, I used the early months of 2016 to clear out ye ol' gaming backlog. I managed to finish up the first two Danganronpa games, Xenoblade Chronicles X, Cibele, Shadowrun: Dragonfall, Rebel Galaxy, The Vanishing of Ethan Carter, Affordable space Adventures, and Bloodborne: The Old Hunters. But most importantly of all, I finally got around to playing The Talos Principle. If for some reason you still haven’t played that game, you owe it to yourself to pick it up. This is especially true when it is regularly on sale for about $10 on both PC and PS4. The Talos Principle quickly became one of my favorite five games of the past few years. From its insidious, yet fair puzzles to its creative and surprisingly emotional narrative, this is the best puzzle game since the original Portal. In some ways, it even resulted in me perhaps liking The Witness, which I would play a few months later, a bit less.

Both Campo Santo and Night School Studios were formed by ex-TellTale employees, and the first game from each gives a glimpse into what that studio could be doing if it wasn’t caught up in their current release cycle. Sure, Tales From the Borderlands broke up a streak of mediocre (Wolf Among Us) and uninspiring (Game of Thrones, Walking Dead Season 2) games, but the studio’s output in recent years has become a little formulaic.

Firewatch is a first-person adventure game heavily focused on the dialogue between its two leads, Henry and Delilah, and the writers are able to use this level of concentration to make the pair the two most intriguing, believable, and relatable characters of any game released this year, at least in my opinion.The story works for the most part, even if it has some issues toward the very end.

Oxenfree meanwhile was a more traditional experience, but one which features without a doubt my favorite dialogue interface in a modern adventure game. If you check that game out for no other reason, it's worth at least taking a look to see how snappy it feels to have dialogue presented in smaller snippets in a way that doesn't take your eyes constantly away from the action to read dialogue choices on the bottom of the screen.

You can’t talk about the first half of 2016 without touching on the final entry in the Dark Souls trilogy. For me, Dark Souls 3 was about as satisfying a conclusion as one could hope for to one of the best series in recent history. While it didn’t quite hit the high standards of Bloodborne (keep in mind Bloodborne is my favorite in the series), I do think it might be the most fun game featuring the actual “Souls” title to play at this point. Most notably, I think this represents the best base game set of bosses FromSoft has ever produced.

The two weeks from May 10th until May 24th produced three of the best games of 2016 thus far. Starting on the 10th, we saw the release of Uncharted 4: A Thief's End. After Uncharted 3 left a rather sour taste in the mouths of many fans, enthusiasm for this game seemed mixed at best. The departure of Amy Henning, writer of the original trilogy, certainly did little to inspire faith. Thankfully, Naughty Dog added enough new gameplay mechanics to the existing Uncharted game formula, while at the same time offering a more complex and thoughtful narrative than the series has previously featured. Cap it off with the fact it’s one of the best looking AAA titles ever produced and the result is arguably the best game in the series and a far more satisfying conclusion than Uncharted 3 was.

Blizzard meanwhile finally unveiled their big multiplayer class-based shooter: Overwatch. Overwatch is not just a financial hit for the company, but a bit of a cultural force. From a spirited conversation around video game rear ends to endless Play of the Game meme videos to Blizzard taking on Pornhub, not a week goes by without the game appearing in force on social media. Oh, and the game itself is also addictive as hell. Whether you sneak in a quick game or play for hours, there's something about the way everyone can find something to do in this game that makes it recapture a lot of what made Team Fortress 2 so great a decade prior.

And then there was Doom. I could gush about Doom for another two-thousand words, but that review I wrote was probably enough as is. While I'm not going to rank every game I’ve played to date, Doom would be my personal pick for Game of the Year thus far. There's not much else to say other than I'm still amazed this game is not just good, but as good as it is given the awful lead up to launch it had.

Come December, don’t be surprised if these three games combine for the majority of Best Game of the Year awards.

Severed: The Biggest Surprise to Date

Even as someone with a deep appreciation for DrinkBox's previous works, I did not follow the development of Severed. I ended up buying the game almost completely on faith after seeing just a few screenshots of it, as the art style immediately grabbed my attention. As much as I like Guacamelee, Severed is on an entirely different level. The combat is simple yet challenging, the art style is gorgeous, and the game’s sparsely yet emotional narrative is one of the best recent examples of minimalistic storytelling, a style that has unfortunately been copiously copied without much success. Save Persona 4: Golden (which is a bit of a cheat anyway), Severed is my favorite game to ever be put out on the Vita and my favorite handheld game since Link Between Worlds.

Severed will be coming out for the Wii U this summer. Amusingly enough, the Vita is about the only major gaming system in North America with a lower install base than the Wii U. Check it out if it in any way looks interesting to you.

Even in a strong year for games, not everything can be a hit.

The fortunate aspect of a good year for games is that I've had so much to play, I've been able to resist ordering games at launch and thus avoiding the most notable disappointments. Battleborn and Star Fox Zero were telegraphed. I keep thinking about getting Mirror’s Edge Catalyst just because of my love of the first game, even despite the collective “eh” that game was released to. But with that said, I do have to say other than the nuclear hot messes surrounding Mighty No. 9 and Street Fighter V's launch, we haven't had too many complete duds to date.

My personal biggest disappointment is a game that, thankfully, most people seem to like: Hyper Light Drifter. Given my love for Zelda, the Souls series, and indie games with unique art styles, you would think that game was made for me. Unfortunately, the combat didn't feel great until almost the midway point of the game when you had enough upgrades, the controls around chain drifting were unnecessarily restrictive with their timing, the exploration was an exercise in unrealized potential thanks to most collectibles being the same thing, and the story and lore were underwhelming.

Perhaps my biggest disappointment of 2016 though wasn't a game, but an aspect of it: the narrative of Fire Emblem Fates. Setting aside the overall mundaneness of the Fates games themselves, the result of all that added emphasis on storytelling and attempt to tell a more grandiose story was Birthright telling a generic, paint-by-numbers tale and Conquest being the most rage-inducing, slapdash, insulting take on grey morality in a video game in some time. Considering these games followed the excellent Fire Emblem Awakening, I’d go so far as to say the narrative of Conquest is my actual pick for most disappointing aspect of a video game of 2016.

The advantage of me being busy the past week was I got to sneak in a few more games before having to name a top 10. The other advantage to listing a top 10 right now is I don’t have to rank these games, as this list could change depending when you ask me. So in no particular order, here is my top ten thus far:

I'm dreading having to figure out a top ten come December. We're already at the halfway mark, so the odds are against at least three or four of these games being on a final list. The thought of a game like Dark Souls III or The Witness not being even a top ten game of this year for me is mind-boggling. I think I’d actually take this list here over my top ten from 2015, and that was one of the strongest years in recent memory!

The Best Time to Be Playing Video Games

My time right now (other than when playing Overwatch) is split between three games: The Talos Principle: Road to Gehenna, Salt and Sanctuary, and Tokyo Mirage Sessions #FE. I'm also just getting started on Rhythm Heaven Megamix. I have a few recent purchases set aside for once I finish with those: Zero Time Dilemma (hey it finally shipped!), Stardew Valley, and Unravel. And like many others, I'm looking forward to early August when we finally get our hands on No Man's Sky.

So I hope you all enjoyed this little recap of the year so far. With so many big second half releases like No Man's Sky, Dishonored 2, Titanfall 2, Deus Ex: Mankind Divided, South Park: The Fractured But Whole, and Cuphead, there's still plenty yet to come before we close the book on 2016. I hope you're all enjoying video games in 2016 as much as I am.

And don't forget my most anticipated game, Phoenix Wright: Spirit of Justice is coming out in September! No? Maybe that's just me…

Blogs Created:
20 blogs
Most Commented blog:
The First Half of 2016: The Best Time to be Playing Video Games
Total Comments on blogs:
258 comments