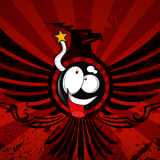 I really enjoyed the splinter cell series, even the psp essentials. But got burned out with it like everybody else. seeing it in action, with a different direction but with the elements that made splinter cell awesome in the first place is great to see. But unfortunately rather than be on my xmas list, its on my post-lent list of sins.

the resurgance in the fighting genre, as many people say is filling the hole that too many FPS's have left us, it also brings back that 1 on 1 competition spirit, and the genuine skill needed in these games, many hours of my childhood were spent on street fighter in its various forms, tekken, guilty gear and the like. so it brings back an air of nostalgia while also being a new and interesting experience.

As long as platformers are next, i'm all for it.
1 Comments