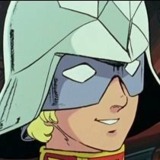 One minor difference with Necromechanic (that would matter in any other class than Hunter) is that it's all Deathrattles and not just minions, so if they ever get a weapon with deathrattle it'd work with that

I think Test Subject isn't awful, but you probably don't want it in Inner Fire right now. Wouldn't be wrong to play it in that deck though, it'd be functional

Mecharoo is nuts, it really feels like a missing link in Mech Hunter. Lets you play your Fireworks Tech on curve and everything

I'm excited about the mech side of this expansion, people are sleeping on just how good Wargear is going to be

Tech in stuff like Void Ripper to beat Spreading Plague and maybe even Scorp-o-matic(!) to fight Doomsayer and some aggro minions and you have yourself a stew

You know, I wonder about Warlock Mech Zoo in wild

I think the magnetic package looks pretty strong for board control, and this guy

Glinda, Mechwarper, and this thing and if you have a mech already on board from last turn with a clear route to the opponent's face, this guy provides infinite burst

That all being said, now that all the cards have been revealed I'll say there are some pretty sweet new cards this set

Once the inevitable Druid nerfs happen, I'll bet there'll be some rad decks in the meta. Just have to wait like a month :L

@bisonhero: I'll say as someone who has actually played a decent amount of non-Keleseth zoo, Vulgar Homunculus comes so close to competing with Keleseth on it's own. If they just add a couple more playable two drops I can see Keleseth getting cut. It'll be tight though, and the Keleseth version would still be pretty competitive, I'm just saying that card at least plays well with Vulgar Homunculus and maybe something can be made to work without the Prince

Speaking of Zoo, the Soularium is rad and maybe I'm the most boring person on earth but I really want to play some zoo this expansion

Yeah the more I think about it, while other decks have distracted us, Druid has maybe been the best overall class in the game for years now and it's just now hitting this point of no return that's kind of scary

Like other decks have been better at various points, (correct me if I'm wrong) but Druid has been the only class to have a tier 1 deck in every meta since... I started playing at least, in LoE. Maybe Mage as well?

Since mass nerfs for the class aren't a thing, the only thing I guess we can hope for is to raise the power level of the other classes to be on par but looking at like, the Warlock class legendary and some of the Rogue stuff...

On the bright side, pretty excited about some of the new Shaman things. Could maybe bring back a bloodlust-y Shaman in Standard and a couple fun new toys for Even Shaman in Wild. Thunderhead looks super cool for both

? Magnetize would only leave something on the board if it's the one with the minion summoning deathrattle, otherwise it's just a pure buff

This seems doable in Druid (because of course it does, you can do anything you want in Druid) since you can clear out your deck pretty fast with UI and other draw and then play this, Innervate, and Naturalize it

Between that and Floop, Togwaggle/Azalina Druid is going to be an actual thing in Standard, christ

I hate fighting that deck in wild

I like Voltaic Burst a lot, what a fun card that seems pretty flexible

Zerek is... interesting? But I don't really see what deck he fits in. I guess you could use him to pump your quest but for 6 mana? Priest can already play two 2 mana guys and continuously bring them back on the cheap. Zerek is a little hefty for that

I want to like Myra, but man, I dunno. I guess it depends on the odds of getting good deathrattles but that takes more stat crunching than I'm willing to do right now. Even if they're good though Rogue doesn't have the same capability to trigger their rattles early like Hunter or Warlock do