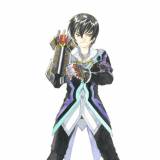 Should Sony give their customers compensation?

As many people know PSN is down and it has been since Wednesday night. Sony has said very little to it's customers as to the status of PSN. As of the time of me writing this in the time that it has been down all we know is there was a external attack and so Sony had to shut off its servers. We also know that Sony is now building up their servers to be stronger. That is all, we don't know if personal information has been taken or even an ETA on when PSN will be back up for people to enjoy.  First off let me start by saying this blog is not about if Sony has to legally give something for the PSN downtime. For what its worth Sony does not owe anyone anything for the downtime it is a free service. However at the very least I think they owe PS + members extra time to download the items they have yet to download before they get taken down. However I want to talk about if Sony as a company SHOULD give something to their customers for the inconvenience of the downtime.

Certainly for many people the timing of this event was terrible. Not only was it over Easter weekend (when many people were probably home) but it happened same week as games like Socom 4, Mortal Kombat and Portal 2 came out. That sucks for anyone who wanted to play those games online especially over the weekend. So would another company give something to its customers if something like this happened where you were unable to use the service for several days? You bet! Any company that actually cares about their customers would do something for them for the inconvenience yes it was not Sony's fault this happened but its still up to them to make things right in the eyes of their customers. If they want to continue to have a good trusted name in the video game industry they should offer something for what happened. It is just good business and that's what it really comes down to. I don't know what they should give away but a free theme would not be enough. I think their customers should have a choice between a PSN game, DLC or movie rental to show the community of gamers that Sony cares about them and they care what happened. Not to mention if people's personal information was stolen they are going to have a bigger problem on their hands and will probably have to pay for identity theft protection for those accounts, once again if they want to keep people's trust and show the community they care they will do this.

This is just what I think Sony should do. If they don't do something I think it will leave a bad taste in a lot of people's mouths and possibly lost trust. Sony has to do some rebuilding here they are not invincible and even if it was not their fault they need to show that they can make up for lost time. It is also notable that when Xbox Live went down Microsoft offered a free game to it's customers. Now Xbox Live is different from PSN in that you have to pay for it but still people are going to make the comparisons anyways. Also during that whole thing Microsoft was much much much better at letting everyone know what was going on. Unlike Sony who might want to get a new PR department because they have done a really piss poor job at showing any kind of support to their community/customers while this whole thing is going on.