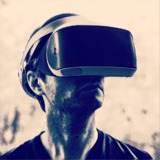 I decided to finally test out NVIDIA's ShadowPlay recording feature as I've been looking for a solution for recording PC games at the same resolution (1080p) and framerate (30 - 60 FPS) as I am playing them with no perceptible drop in game performance and no choppiness in the video capture. I am very impressed with it. However, some games, such as Marlow Briggs and the Mask of Death (which I just recently started), do not work with ShadowPlay, so I had to use Open Broadcaster Software's Nvidia NVENC encoder.

I wanted to see if there was much difference between recording with ShadowPlay or OBS + NVENC, so I recorded Batman: Arkham Knight using each. It's the most technically impressive game that I own. Currently, Arkham Knight does not officially support 60 FPS (though this can be edited in the game's files), so I played it at 30 FPS, with all settings maxed out/on. Until the game is patched, playing at 60 FPS could have resulted in framerate drops, and I wouldn't know if it was the game or my recording that caused it. I beat the game at 30 and had it stay fairly consistent.

Both recording solutions were set to 1080p, 60 FPS, with a bitrate of 50 Mbps. I do not see a perceptible difference between using ShadowPlay and using OBS + NVENC. Please note that YouTube's compression may degrade the quality of the recordings.

My PC at the time of this recording:

Charles Ripley has to reach the basement level to shut off the security system and escape the station. A fluffy Xenomorph looms near...*

*The power went out in my neighborhood on November 19th, 2014. I put on a headlamp and turned on my video camera as I went downstairs to shut off our alarm system. This is the result! Props to White Fluffy Kitty for her improv skills.

I experience what it's like to explore a tavern out of a Japanese role-playing game with the Oculus Rift DK2 in Gerald Terveen's The RPG Room (v1.0).

The RPG Room is made by Gerald Terveen.

Oculus Rift DK2: A Night at the Roculus

Let's snort powdered sugar and play A Night at the Roculus for the Oculus Rift DK2. Nod your head in rhythm to Haddaway's "What Is Love" and get the highest score possible without straining your neck. No Chris Kattans were harmed in the making of this video.

A Night at the Roculus is made by Holden Link and Nic Vasconcellos.

Watch reality unravel as I experience SightLine: The Chair for the Oculus Rift DK2. My friends tell me it's like taking Salvia.

SightLine: The Chair is made by Tomáš "Frooxius" Mariančík and Louis Arrigoni.

Hold down your control keys while developer Yorick van Vliet tries to scare you into letting go. Isn't that Velociraptor just adorable?

Check out the 3:03 mark to watch me terrify my friend.

Watch my friend Gabriel and I hack and slash our way through A.J. Tavakoli's Temple of Merk, a melee combat game for the Oculus Rift DK2, with a Razer Hydra. Our friend Sean was almost killed during the making of this video. You owe it to him to watch it in its entirety.

Here is my unedited playthrough:

And here is Gabriel's unedited playthrough:

Travel back in time with me to 1970 Quebec as I drive trucks, search for clues, and tip over Ski-Doos in Kôna, a first-person survival adventure game that can be played with the Oculus Rift.

Kôna is made by Parabole.

Join me as I see just how deep the rabbit hole goes in The Matrix VR, an Oculus Rift demo that allows you to experience select key moments from the original film. Check the timestamps below to jump to the different gameplay segments available.

Explore a faithful recreation of Star Hill from Super Mario RPG: Legend of the Seven Stars in this Oculus Rift DK2 demo from Peter Valencia.

I added footage from the original Star Hill after the credits so you can compare them yourself.