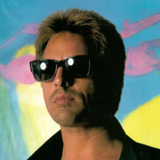 "Someday graphics will be good as the cutscenes are now."

Yeah, I think we can safely say that some games now days have better graphics than the old CGI-cutscenes had.

Oh, yes, there were no checkpoints on the Star Ocean The Second Story!!!

Sometimes you forget that old games - even JRPGs- were lot meaner.

Driver Had Some Agressive Cops!

Tried to play a little Driver (PS1 1998) to see if it was good as I remembered. Ended up playing few hours of the "survival mode" - it is still awesome.

One thing that stood out was the really aggressive cops - they are complete maniacs!

While playing Sentient today, I encountered this scene:

Just some gents meeting in a bathroom. Nothing suspicious at all!

Oh, yes. In a shower with some video game ladies!!! SENTIENT!

Since I was the one who suggested this game, I felt that it was my responsibility to make shorter version of the video for people who can't handle full dosage of Sentient. Aim of the is to keep best riffs, feeling of hopelessness and enough information about the game for viewers to keep up of what is happening.

Here is what I have now:

This is about 1/3 of the work done. Like previously stated, biggest problem still is getting right kind of GB material that also has passable quality. I have been really busy doing other work related stuff and this will continue for month or so, but after that I'll get back to this.

Everybody's Gone for the Rapture 16-bit

Made this to see if the elements of *that* game would hold up without graphics, decent writing and voice acting.

So, let’s look at Xena Warrior Princess for the PS2 (part1/2)

This time it is time to take look what non-European Xena the Warrior Princess fans missed out in the PS2 era. This game is one of the worst games of the PS2 selection. I think it could be the holotype of shitty license games from bygone era of PS2 gaming.

The game is riddled with various kinds of bugs, but thankfully game does not seem to suffer from crashes or save problems.

At the point of writing I have already recorded full playtrough of the game and have found out that with some stumbling you can finish this game in around 1 hour and 15 minutes – that is a short game.

So hang tight and try to enjoy the bad graphics, lousy gameplay and some seriously repetitive game elements!

It was time to brush up on my spoken English skills and I had also been looking an excuse to play some more Vagrant Story. I planned to play it a little in order to find a good place to show everything the game has offer, however I got hooked and had to play it trough again. After multiple recordings of me just stumbling fatally on my words, having too long silences, mic cables breaking and weird audio sync issues creeping up from nowhere – I finally managed to produce something:

Hopefully the video manages to convince you to try this game (it is awesome) and make it even more of a cult hit (so we might have a chance of getting Vagrant Story 2). Those who find my voice to be terrible and worst thing ever, after 24:11 I will shut up and let the fantastic intro play out without me uttering a word.

If you have opinions how I could improve the video, I would like to hear your thoughts.

Ps. If you are still on the fence about playing this game, my tagline for it would be: "Demon's Souls for the PS1 meets MGS."