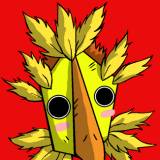 After hours of anger and confusion I finally had a cry..... been over a decade following these guys, I just can't stand this.

It's all kind of strange. You guys have worked for years to endear people to the whisky media family, get people to show their loyalty with the subscription, have tons of crossover with the sites and the people..... and now it's lik eh

shelby bonnie guy wanted more money or got tired or whatever so forget all that.

I mean I don't know anything so maybe Jeff and Ryan had a way bigger say in this, or they were really tight for money or something but it feels like somebody is giving up here.

Went through a huge fighting game phase when SFIV was released. Emulators, fightstick, research, the works. Marvel came around and it just made sense to get that one too. Within a week I was done with it..... can't really say why, just don't think it was my kind of fighting game, but I also think I was a little burnt out on the genre anyways. But that's okay because I can save it for a rainy day, maybe get into Marvel later....

Then Ultimate was announced that summer oh fuck you!

Oh wow I've had this happen to me a bunch. I just figured the "matchmaking" was terrible and pitted high levels against low levels.

But to find out it's actually twinking is kinda a relief in this odd way. Like I'm happy to hear it's player stupidity instead of developer stupidity.

The first 20 hours of the game are kinda savage. The gameplay remains simplistic and it takes forever for the story and characters to kick off.

Most people can't handle it. I don't blame them, I only made it because I had my girlfriend around to help MST3K the game.

I remember I picked up the second Condemned with a vague notion of what the first game was about. Kinda like a dark detective game right? And you like punch dudes? Well these games were well recieved, and it was super cheap so I got it.

So I go in with these basic expectations and man was I caught off guard. The intensity of the violence and atmosphere were a gut punch. I know a lot of people mock the oil dream sequences but they legitimately spooked me. I loved the game and ended up going back to the first one, but I stopped on the mannequin stage..... i'll say it's because I lost interest, but man.....

I started with the original CoD in 2003. Loved that game, and loved the expansion pack United Offensive. Nobody seems to mention that one. It added giant vehicle maps, sprinting, cookable grenades, the proto-version of killstreak rewards with the hilarious satchel charge and the bionocular artillery.

The single player portions of these games has always been wonderfully cinematic, and I'm happy to say they've remained consistent on this point. You could say the shift from a historical setting to a modern fictional one is like this huge shift in tone, but all the beats are more or less the same. Grand invasions, covert ops, fate of the world type stuff.... rescuing the immortal Price.... the specifics of the setting doesn't matter so much. The gameplay has remained the same since 2003 though, and you can certainly feel it's age. Hell you could almost feel it back then. But that has never mattered much, it's about the spectacle.

The multiplayer gameplay is simple too, always was. They just have a lot of satchel charges now. The satchel charge was one of the first killstreaks and it was basically a ridiculously powerful grenade. It was primarily there to help destroy tanks but you could get them on any map. Anyways the point is they had a gigantic blast radius which often led to people getting killed by them kinda randomly. Servers could turn them off, and they often did, but it was still funny every now and then. That's what I feel the multiplayer game has kind of evolved into, just a bunch of satchel charges being thrown around in the form of killstreaks, equipment and perks.

I used to get uptight about this direction in the multiplayer but I guess it doesn't matter, it's a simple shooter and it needed some spice. Besides, it sets up some pretty funny moments anyways. Bandolier perk with grenade launcher all day.

Last one I played was MW2, but I might rent this newest one just to see the single player campaign, it might be neat. Also I'm a little curious about the overall quality considering what went down at Infinity Ward.

Oh my god I am way too excited for this. Young Detective gonna teach those bitches a lesson!

#9  Edited By Chocobo_Blitzer
GregK always had some of the most important things to say about games, and I'm glad to finally get to hear him again through Bastion.
11 years ago

Everything with Noob is ridiculously cool, especially his round victory pose with Saibot stepping out for a cackle.