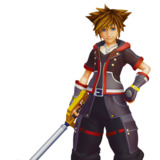 Hook is a very underrated movie

This is an idea i had in mind of comparing similar aspects aspects of certain video games and determine which is better. So lets begin

Best Horse back riding: In Dragon Age 3 every horse is the same and is unnecessary to travel and you can be in combat in horseback 2/10

Witcher 3 and Red Dead's horses are easy to use, allows you to fight on horse back and generally not a pain in the ass to control. 10/10

Best Combat: Dragon age 3's combat has some form of strategy to go along with it so i will give it a 6/10

The Witcher however is very fast paced but also very tactical with your magic signs, crossbows, and swords. 8/10

Best Side Quests: Dragon ages side quests are all the same without meaningful stories 1/10

The Witcher 3 has many buried treasures, places of power, locations to liberate, Monster contracts, and Side quests that have meaningful choices, also Gwent 10/10

PC ports that need to happen

Games that need a PC port

I am so sorry I took so long but now I can finally get this series underway.

For instance at the beginning of the movie Mewtwo was not the only clone the scientist was trying to create, he was trying to clone his dead daughter, and before Mewtwo goes on his rampage he asks the people who created him if God created him. Plus Mewtwo has much more different motivations. None of that aside from the dead daughter(which was added to Mewtwo returns which I will get to) is in the 4kids dub. And a very different characterization of Mew.

The 4kids dub has the worst song placement I have seen in a movie ever. And 4kids made a different moral in this one is fighting is wrong which is rich when Pokémon trainers are forcing them to battle against their own will. In the Japanese version its against racism or something.

However both movies have an indefensible climax(magic tears bringing people back to life). That being said if you watched the U.S version watch the Japanese version.

So this is park of my phase 2 of my movie blogs in which i do the Disney sequels after the Pokemon movies. Why start if you have not finished watching the fist movie you may ask well i have not gotten around to it which i am very sorry for and i promise after this if will be doing the Pokemon movies so lets get this started with Simbas Pride.

This is one of the most boring Disney movies ever and has plot holes the size of a black hole. Plot: try to keep this as quick as possible Simba has a daughter she's loud and rambunctious and is voiced by Sidney Prescott of Scream fame their is a love interest who good old dad does not wan't her around (Romeo and Juliet) who is apparently an heir to scar even though he is not his biological father? There is a lion voiced by Andy Dick?!(Luckily he dies). Okay plot's done now this movie is not bad as Disney sequels's go because it's decently animated and voice acting is solid and includes a song co-wrote by The Joss Whedon but The Movie it's basically Romeo and Juliet without any of the tragedy,drama or stakes. At least the did get Most of the main cast back ( Nathan Lane, Matthew Broderick, etc) but it's not enough to save the movie from mediocrity.

The right directors for the job

Let me here your choices

I read the GameInfomer article of what a perfrect rpg shoud be. So I am making a blog of what i think would make the perfect action rpg. (Dont worry there is no Kingdom Hearts)

The world-  Bioshock. Nuff said
Shooting -Borderlands. In many acvtion rpgs such as Alpha Protocol pressing the fire button is basicly pressing the roll the dice buton borderlands solves that with actual real shooting
Inventory -Mass Effect 2. In any Bethesda game you are going to eventualy run out of room in your inventory, Mass Effect 2 fixes it by getting rid of inventory all together by making you find upgrades insted
Strategy -Dragon Age Origins. Again, nuff said
Level ups- Falout series. Leveling up is a  grind so the Fallout series fixes it by adding Perks when you level up which makes it more satisfying.

games that are fun being evil

games that are the most fun being a total prick

This is not to offend anyone