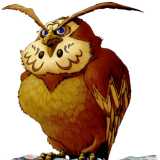 Games that probably would have made my list, but I ran out of time:

1. The opening sequence of Wolfenstein 2

3. The ending of Titanfall 2

Best Old Game (I got a SNES classic)

Game I Liked, but Eventually Broke Me:

You were an important part of my life and you will not be forgotten.

Even after having some of the big turns spoiled during the GOTY podcasts (my choice to listen) this game is still hella affecting. I gnawed through episode 2 and 3 yesterday which was highly engrossing. My poor sweet Carely. Episode 2 has had the best arc so far, but episode 3 had more "oh shit" type moments. My money would be with episode 2 as being the best, but that could change once I play 4 and 5. Upset that I missed this last year, but better late than never I suppose.

Best 2012 Content on Giant Bomb: Drew and his trip to North Korea

Portal 2 is pretty awesome you guys

I am very late to this party, but Portal 2 is awesome. Stephen Merchant does an amazing job and the dialogue is laugh out loud funny. Very rarely am I actually laughing with a game. I usually laugh, in a lovingly way of course, in spite of the game, but Portal 2 is legitimately funny. Just got an iphone last Monday...nice shiny 4S...of course Jetpack Joyride is my jam, but I just finished downloading Superbrothers and am thinking it will steal a good chunk of my mobile game time for the near future.

Hey all, hope anyone that reads this is having a great summer thus far. Just bought Portal 2 yesterday...about 50 minutes before the sale ended. I will pay 7 bucks for Portal 2 any day. I have also been dabbling in Microsoft Flight because why the hell not. My laptop has some trouble running the game, but once I lower the settings it runs ok. AIRMECH. I have been playing a whole bunch of that game. Really fun stuff, although some matches can take a really long time to complete. FTP browser games are catching my interest as of late and I plan to explore that space a bit more as the summer progresses.

Don't want to shock anyone here, but Bastion is a really good game and fully would have made my GOTY top 10.

Praise be to Jesus for I am cured!!!! Around May 2010, I finally ended up squeezing the last bits of entertainment from Fallout 3 and the (good) DLC . Needless to say that after well over 220 hours I was pretty sick of the "make your own adventure concept". For the rest of that summer I reverted to playing the most linear, un-open world games I could find (thank you for easing my transition SSF4). I have to admit that I was a tad weary as I began playing Skyrim, wondering if I could feel excited about the prospects of sinking hundreds of hours into a single game. I am happy to report that Skyrim has re-captured my love for non-linear worlds. This game is filled with some amazing moments, but the best bits happen when traversing the area between point A and B. I was fearful that since I was so used to the conventions of a Bethesda RPG I would simply fast travel everywhere, but the vibrancy and variety of Skyrim allowed me to push the idea of fast travel to the wayside. I am 26 hours in thus far and I feel like the game is really hitting it's stride for me. I think we may have a top candidate for 2012's 2011 GOTY.

2011 Game I Most Regret Not Playing: Bastion

Another semester gone by...

Almost done...just a couple more weeks...graduate school has been fun so far. Granted it is lots of work, but I work with cool, interesting people so that keeps things fresh. Haven't really been playing any video games lately aside from Terraria, TF2 and Forza 3. I almost finished Stacking which I have very much enjoyed. Was thinking about a top 10 list and realized I might not have played 10 games that came out this year!! I have 4 games I can think of that I could put on my list so starting next week I am going to try to consume the games of 2011 any way I can...be it buying or borrowing. Anywho, happy thanksgiving to my American duders and have batman