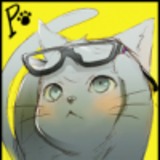 It's the End of the Year.

A lot of good games came out in 2017. Here’s the list I kept of what I’ve finished, 7 of which actually came out this year. So not limiting myself to just what came out this year, but what I actually completed, I going to talk about the ones that stuck with me the most.

When I finished the last of the 5 main endings of Nier Automata, I was left with such a heavy feeling. I can’t even explain what it was. The game hits you with an option to erase all your save data, and when I chose not to as I wanted to shoot for the platinum trophy (which I still didn’t get), I felt awful.

Nier is the best game this year. The narrative it presents, from the hardest scifi, the the philosophical questions it sprinkles in there, the incredible music, and everything else. It’s a game that will sit at the top of many lists once this console generation is over and we look back on it.

There’s a really good half hour video essay about it that’s worth checking out. https://youtu.be/-NiyfG8Ctbo

Persona 4 is my favorite game of all time, so of course when 5 came out I dove in headfirst and never looked back. A time consuming monster of a game, my finish time was 104 hours. The game drags a little towards the end, but the final dungeon is the most Shin Megami Tensei shit Atlus has done in a decade.

The characters are as memorable as you’d expect for a Persona game, I’d still say the cast from 4 was the best, but the Phantom Thieves are extremely compelling in their own right.

There are fewer types of games I love more than games with fake computer operating systems. Emily is Away puts you into a fake Windows 95 PC and runs it’s narrative through a fake MSN messenger. I think I loved this so much because it’s a vivid snapshot of my teenage years. Emily is Away Too is more of an enhanced version of the first, with a stronger narrative.

A Normal Lost Phone also deserves a mention here too, as it’s kind of a similar experience. You look through someone's phone, and the game progresses as you figure out passwords and such and it tells a story through text history, diary entries, and forum posts.

Samus Returns was a return to form in a way for the 2D metroid that’s been missing since Metroid Fusion. I played Zero Mission and Super Metroid along with this, in the chronological order, and I can say that Super holds up beautifully.

I don’t have anything special to say that hasn’t already been said about The Legend of Zelda: Breath of the Wild and Super Mario Odyssey. They are triumphant games that I’ll forever look back fondly on. Doki Doki Literature Club also wowed me this year with it’s fun take on run of the mill visual novels. It tickles the part of my brain that loves when a games uses your computer in fun ways. If you haven’t played it yet, I recommend playing in a window with the games system folder open. Some fun stuff happens.

As for next year, I’ve already compiled a list of things I mean to get to.