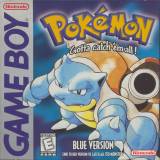 Yeah, decided that i will actually work in school this year then party day after exams so.. see ya!!

Yeah, so on saturday it became apparant that my Sponsorship for Rage Hockey has been accepted, I'm now a Rage Rebel ooh!

What a spot of luck!

Well so i went to Gamestation to buy my gran a nintendo DS ans we bought a bundle with a game, which we would trade in for one we thought she'd enjoy. And we found it was guitar hero special, so i got a new DS and GH on tour, which is really cool!

I've been remenicing recently of Pokemon.. here's the first episode.. one of the best!

Today was spent well. While at ben's house, I brought my Wii and Re-Uc, and thus we played. About 4 hours later and a couple of packets of maltesers we finally came upon Nemesis. I just have to say that those 4 hours were genuine fun, it's a really fun, scary and someway satisfying when you see that you got more critical shots than your mate, and he just argues - "meh, i got more broken scenery!". I recomend this game to anyone that has a Wii and anyone that doesn't.

Man I love this place!

Giant Bomb is so cool! I edit add pictures and chat with people with ease. And no slow loading times <3

Put my Jordan Pics up aswell!!!!

I just Kicked the Bucket

Yeah, after having Guitar Hero 2 for only 2 days, I have finally kicked that damn bucket!! I now need to get a life.