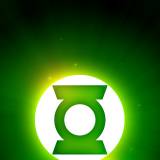 @therealturk: To be fair they got rid of the towers at least in 5.

I do remember the old game! I played it back in college and was really surprised at the turn it took. Still though I like that its (generally) more grounded in later games. I think if FC 2 had co-op it probably would have been my favorite overall.

@kunakai: I forgot about him! Was he in 5? Like I said I've been playing it off and on since launch so my lore is a bit fuzzy.

@therealturk: We literally just beat it a day ago, and it was stunned silence followed by weird sputtering. I can't believe I never knew this ending.

On another note new dawn was 20 bucks on sale and the crafting stuff is neat.

So with FC6 on its why my co-op buddy and I decided to finish Far Cry 5. We sort of fell off of it in the wake of many other co-op games but got back to it this weekend. I wasn't going to play FC New Dawn because it was basically a reskin of 5 and what I ASSUMED was to be non-canon.

Then I beat FC5 and when THE COUNTRY GOT NUKED We were a bit taken aback by the implications about how New Dawn is canonical. New Dawn was cheap and on sale so I agreed to play through it.

So I haven't looked into it too deep but I'm wondering where FC6 is going to sit in the game world. The series never really had a canon per se, but there are connections at least between 4 and 5. Has anyone looked into this yet?

Looking for a little guidance from current players. My group just started playing SoD2: JA and we're having issues of pretty frequent crashes, like multiple during an evening. I'll provide as much data as possible t help rule out things:

1. One player is on an Xbox one, two of us are using Microsoft store versions and one player is using steam, linked to his microsoft account

2. The two players on the Microsoft store had to uninstall the regular version and have replace it with the juggernaut edition

3. We can connect online and with each other. Our longest session running without a crash was 20 minutes. Only the host has so specific problem so far.

4. We have crashed in different orders. Sometimes players 2 and 4, sometimes 3 and 4 so it's not just one player's issue.

5. Smaller issue but sometimes the host will see monsters that we do not. We see him hitting air and bloody appearing. Wacky, but games like this and no man's sky have similar issues

6. The crashing occurs mostly when driving, maybe a loading issue? Then again, we also crash on foot as well.

Any info helps! We're all on the same build of the game.

So I've got this love/hate thing with this series where I don't really care for the story, but I love the mechanics and the settings. So I'm playing syndicate now and loving the Gotham by Gaslight vibe of the whole game. Here's my question about the series. I want to at least play Odyssey next if not the one before it (Origins maybe?) and maybe even check out the remaster of 3 since I never played it. How difficult is it getting around in past and future games from Syndicate without the grappling hook? I remember playing a little bit of AC2 and Brotherhood before Black Flag really flipped the script on it's head.

Anyway, just wondering from seasoned players how exhausting it is to watch the Assassin shimmy around the different game worlds and if its worth going back at all. I'm hoping going forward will be worth it still. Like I said, not in it for the story. Thanks everyone!

Apparently, each Beta code recipient gets 4 codes so they can squad up. I'm playing on PS4 (hopefully). If my squad mates also get codes I'll try and pass them along and hopefully you and your squad can do the same.

My gaming group and I are super into tactical and cooperative games, so this seems like an amazing deal. I'm trying to figure out a couple of last minute questions but my searches are coming up dry.

Do we (as a unit) have to play the four classes? Like, do we need one assault, on engineer, one recon and one support, or can those things be mixed? Also, does being recon limit a persons gun choices, or can they still use assault rifles? I'm hoping for more open choice a la Far Cry where my brother and I take turns filling different roles.

Also, I know you can take a character in and out of games, but are you locked into a class for the whole game or can you pick a skill tree when you log in?

Thanks for any info guys!

Ok, let me start from here:

My gaming group (consisting of 2-6 players given the average night) LOVE co-op games, good and bad. We've played almost everything from the old days of Tom Clancy games through the rough times of Tenchu-Z and currently bounce between games like Guild Wars 2, GTA V and Rainbow Six.

I've always liked the mechanics of the AC games even if I think the story is garbage. I've heard good things about AC Syndicate and will check it out, but since AC Unity is on Amazon for 12 dollars, my group and I are wondering if just the co-op content is worth it.

I know that game is super broken (or was) and the story is bad, but I heard the co-op was all right. Any seasoned AC players out there care to chime in? I've played the series intermittently with part of 2 and Black Flag but not much else.

@smtdante89: Yeah the power outage question looms over us all. I've got a DS a Vita and a Laptop on standby, as well as LED lanterns and board games.