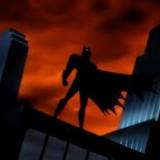 I wasn't hyped for it, but i had so many friends and family tell me it was "SO GOOD!" that i ended up buying it. What the shit dude? Horrible story, embarrassing unfunny humor. I absolutely HATED the loot system, something would ALWAYS be wrong with the gun. The wrong type of scope, weird damage modifiers, ect. It was infuriating, oh an awesome purple quality SMG? Sweet! oh for some reason its red dot sight thing has a x6 zoom making the damn thing unwieldy as fuck....

I cannot stand that game. I tried to like it SO much, i really did want to like it. Just everything about it irritates the fuck out of me. Though i can see why people like it. Just to me, playing it was like having someone slowly shoving toothpicks under my toenails....

Absolutely. Theres plenty of things i regret. Lots and lots of regret.

Dark souls 2, don't get me wrong, i dont think its a bad game, i dont even think its worse than dark souls 1. It just didnt hook me at all like the first one did.

Mass Effect 3. Garbage for side quests, cameos every 2 feet, insulting ending. I still enjoyed it, but man...

I only watched the VJ one. I did however scrub through the BR one to watch key points and reveals. I'd recommend picking the duo you prefer more, then watching the big plot points of the other one.

Honestly, im not a big fan of the goofy clever weapon, apparently thats gonna be a big thing in the game. Transforming weapons, which well, sounds stupid as fuck.

Aside from the terrible weapon designs, looks pretty awesome.

#6 Clonedzero
@brodehouse said:
@juno500 said:
@spraynardtatum said:
If a police officer is abusing their power someone could just take out their phone and document it. Agreed?

1. Not everybody has a phone that can record video. Smart phones aren't affordable to everybody. Your solution would make the poor more easy to exploit by cops than middle and upper class individuals.

2. What happens when an asshole cop smashes that phone and claims that person is lying when they complain about it? If I'm a cop and I find somebody recording me doing something illegal, I'm gonna destroy the evidence and rely on people taking my word over his.

Is this an argument for having police recording themselves? What would the point be if 2 is true?

Well if its random people recording and that gets broken, then whatever. Who knows what that was?

If cops are mandated to record themselves then the footage "mysteriously" disappears, then obviously that points to the cop doing some shady shit and getting rid of the footage. Since we would know the footage exists, so if he destroys it, then we'd know he destroyed it.

i spent all day moving so i wanted something fun to watch, turned on UPF gave it ten minutes, closed it and went to netflix. Bummer.

Got back from a local Texas vigil for today's National Moment of Silence in honor of Michael Brown and other victims of police abuse. After days of violence and terror in Ferguson, Mo., we joined with others around the country calling for peace and much-needed reform.

A little under a hundred people, along with the local CBS news, held vigil in memory of those who have died, those who are hurting, and in a hope for less of these tragedies in the future. We discussed the challenges of unequal treatment and militarization amongst the police and ended by releasing balloons representing the many victims of police brutality mourned across the country today.

We also signed letters to our local political leaders encouraging more protective measures, such as cheap front-facing cameras on officers and greater penalties for police abuse.

It was nice. Solemn but hopeful.

This whole thing has been a horrible tragedy. But stuff like this is really heart warming. All this bullshit going on, but at least some good can come from it, it's forcing these issues into the spotlight. I just really hope some good can come out of all of this.

It's an absolutely fucked situation. There is no excuse for using military grade weaponry against protesters, even if there is some rioting. Arresting media, shutting down air traffic? Why?

Police should not have military grade stuff, Period. That's what the military is there for. If something happens that's so bad to require a military response, we have the most powerful military in the world. Call them.