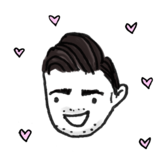 So, I very recently tried Demon's Souls, and it is now one of my favorite games. Listening to Vinny describe it though, it really is nuts. He may like Dark Souls a lot more though, since both the World Tendency system and the grinding for stones system are being removed.

The talk about it though made me think about why I like it so damn much. First of all, I do enjoy the lack of handholding, just dropping you in. That and the tone make it seem very very different from other games, it doesn't try to teach you how to play, you are just there to experience it. More than that though, I think they way it works, slowly coming to understand the different systems in place, is very rewarding, especially giving the unforgiving nature of the game. The story too is good, I like that it isn't fed to you, its there, but you need to draw it out but talking to NPC's and looking at things, and making inferences, it is never spelled out for you.

In addition to all that though... its also just a lot of fun to play.  I can't really articulate why, but the gameplay itself is rewarding to me. I don't find it clunky like some, but obviously if you aren't into the gameplay then the game would not be too enjoyable. I just make a point of saying this to make it clear that I don't think the game is something I have to suffer through to get the satisfaction of the story or of beating a challenge. The classic example of suffering through poor, repetitive gameplay for a future reward is an MMO, but this is very unlike that. ALso, it gives no promise of any rewards =P.

Anyway, I hope that answers some of the questions Vinny and maybe others have about what people see in the game.

Also, for those having difficulty,  http://demonssouls.wikidot.com/ (made by Goons and Gaffers) is the ultimate resource. If you are an SA member (or even if you aren't and just want to read it), the thread ( http://forums.somethingawful.com/showthread.php?threadid=3106674) is also pretty amazing.

Anyhow, there is my 2 souls, hope someone finds it helpful or interesting.

Edit: also, I found this on the thread and was amused:

Blogs Created:
1 blog
Most Commented blog:
So, Demon's Souls. Why do I like it?
Total Comments on blogs:
26 comments