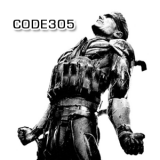 Have you got an album and you like about half the songs in it and hate the others. I had this happened to me before. 808's & Heartbreak is the only album that i really enjoyed as a whole. Each song really had this nice background music and some nice deep lyrics. Kanye West really did it this time, he made hip hop music to go in a different direction. Now for me Kanye West is not like another "alright" singer but one of my top 3 favorite singers. To tell about 808's & Heartbreak there are some pretty deep songs in it but, its not all about heartbreak, there are some nice, sweet songs in it as well like Street Lights and Robocop. Not a lot of rappers make songs from there heart and emotion so its a little. The music is simply amazing as well, it doesn't have that hardcore beats going on like most rap songs but, nice soft beat and real melody type music. My 2 favorite songs from this album are Amazingand Welcome to Heartbreak all the other songs are a perfect 10 but, these 2 really got in to me. If you dont like rap music you should give this album a chance. Trust me you won't be disappointed.

As a last resort, I would like to say that 808's & Heartbreak have some really sweet music and good morals in it, that you dont see in todays music. Kanye West is going in the right direction.

Guys at first let me say Happy Birthday to PS3, this is its second anniversary and so far its going and working pretty good. I have some other good news as well, there is a rumor going around that Sony is going to cut the price of the PS3 around February. Why February? you ask, because its around the time for the release of Killzone 2, which would make its sales to go top again from the ever growing 360. It would be sweet if that news was for real, but i expected a price cut for Christmas sales. I guess this way they could expect more buyers. Also since PSN was a real big success, Sony is spending money in developing it. They already spended about $200 million dollars on it, so we can expect more things popping in PSN in the future. I get so happy when i hear all these improvements done for PS3, it makes you wonder what more things can they do.

Rumor central- Little Big Planet and Motorstorm: Pacific Drift are expected to come in for PSP next year.

After the Most sold game in history its not a surprise that they are making a new installment for the series, which is Halo Wars. Halo Wars is setted 20 years before the original game, which means there won't be any MasterChief. They also made the game not as another game for shooting genre but for strategy. I am still not sure about Halo being a strategy game because we played and loved halo as a shooting game. The story looks solid, the cutscenes i saw are very well presented. I have a feeling that Halo Wars is not going to be good like the others.

Again, its not a surprise that they are making a game based on the blockbuster hit "Wanted". this game's story starts from the end of the movie. To tell you more its about the main character's (forgot his name) mother. This game is like Gears of war when you look at guarding from enemy attacks.  What I like is that its pretty fast when you move around from one place to the next by taking cover. Don't worry, you do have the ability to curve bullets in this game and when you curve the bullet they show you the bullet hitting the target in a small scene, which i thought was clever. Its hard to say how this game would end up since, most movie based games end in failure. We just have to wait and see after its release in 2009 for PS3 and 360.

Its amazing to see how much first-person shooter games have evolved in these recent years. Each game brings you something new to experience. There is no better first-person shooter games now than Gears of War 2 and Resistance 2. These 2 games was released last week for there own system, which makes it a competition to see which system is better PS3 or XBOX360. So, I thought of making a search for it and i myself played both of these games as well. While doing it, I heard some suprising stuffs from people. Most people liked and disliked the same thing from the each game.

Resistance 2 was the best and improved sequel to the original. It also had the best graphics when comparing them to the full extent, but Gears of war 2 had the best character design. people had hard time choosing over which game weapon was better, some even said that some weapon are even similar. Gears of War 2 story line is awesome but some people and me also hated it when in the middle of the game they had love scenes in it which made the game lose its intense. Everybody always loved and mentioned the blood and gore in gears of war 2 especially with the chainsaw. Resistance also kept up to its violent path as well but not like GoW2. At the end of the article they always said that Resistance 2 was better than GoW2. Still both games are better but resistance 2 is a little better. Even though. I am a PS3 fan, i thought Gears of War 2 played and looked better. I might have pissed off some people, sorry but its the truth

. Remember, each game is unique in its own ways.

I just got Fallout 3 for the PS3. F3 is one of those games that make you dive right into it. Fallout 3's only main problem is that its way too short. I practically finished it in 20 or so hours. I would like more from a game that i spend $60 dollars on, but the gameplay was simply stunning. One thing that amazed me was the graphics, from the destroyed environment to the creature design was simply awesome. In some spots the graphic quality was poor, I was told that the problem was only for the PS3 version. The blood and gore almost gave you that GoW2 feeling but it faded away. Creatures in Fallout 3 was very similar to the Chimeras in Resistance, when i said that my friend told me to get glasses. To wrap it up this game was really something worth the money, If you are looking for a game to buy Christmas add this to your wish list.

PS3 is the strongest console out there right now, but I am starting to think is it really that strong?. My doubts came when Fallout 3 was released, PS3 version of the game scored less than the 360 version. Its a real shame to PS3 owners when they spend $400 to $600 dollars on their system. A game developer even said that, when making a game for the PS3 you can do nearly infinite amounts of stuffs to it. But why are they not using that advantage?. I hope these kinda difference wont happen in the future. I know that there are lots of people here who are from GS well ia also like you. Many of you may know me i am code. good to meet everyone here.