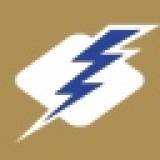 I wanted to get this up 60 days after E3 but life gets in the way.

I had the opportunity to attend E3 2015, you can jump to the main part below or start with some brief context:

I'm someone whose interest has gone in and out of videogames over the years, becoming disinterested in the games from the bigger publishers and playing more independently published games. Last year's e3 was fun but I still was waiting something to really get me excited.

I own a PS4 and Xbox One and am slowly finding more games to play in 2015. This year I am looking forward to some major releases this year like Persona 5, Rock Band 4, Guitar Hero Live, P4DAN and even Trackmania.

My friend won a contest to go to E3, however he couldn't secure flights and a hotel. I was told this the Friday night before E3, while at an Anime convention dressed as Zen from Persona Q. My jaw dropped and realized, "how the hell am I going to E3?" I made some phone calls that night and was able to redeem airline miles for a flight leaving Tuesday night after work heading to LA and another flight coming back to NYC on Wednesday night, to be back home Thursday morning for a flight leaving Japan Thursday afternoon. More on that on another post.

I would be in LA for less than 24 hours. I would have only one shot at the show floor, 10AM - 6PM then off to the airport to head back home. Could I do the whole show floor in one day? What would it be like? I have been to all three US Paxes, would this just be larger booths with longer lines and less people? I have been to the LA Convention Center once for Anime Expo 2014, can I see it all? I forced myself to go to bed.

After waking up late and driving over, I arrived at the LA Convention center at 10:30 AM and picked up my pass. Thankfully there were multiple badge pick up stations scattered around each entrance to the convention center. I was greeted on my pass by Rise from Persona 4 as part of the badge insert and by a variety of Mario logos on the lanyard. I was prepping to see as much as I could even with my screw up and missing the first 30 minutes of the show floor. For me, my main priorities were Atlus and then Harmonix as I figured they would have long lines. Atlus USA was giving away a Persona 4 Dancing All Night Shirt...which i later learned you would have to dance for. Cue awkward dancing...

Even with downloading the official E3 app to find a usable map, I was still nervous on how to effectively use my time. I went to south hall first to orient myself as that was my initial landing spot for Anime Expo. Even in the lobby there were plenty of things to see.

A Dark Souls 2 setup where you can take pictures with ladies against a backdrop. Mazda was there promoting one of their cars in Forza Horizon 2, along with racing setups to place the game. It was weird. Once i actually entered the south hall, I was overwhelmed with the giant EA booth and since EA had games I stopped and watched a few videos play through the booth as the lines were way too long. I was happy to actually see a cohesive EA this year. After somehow spending around 30 minutes doing laps of the booth and grabbing a faith pin from their reception desk, I ended up going next door to Square Enix, which like EA, actually had games.

Boy did Square Enix have games. For me I was never excited about their titles in the past however now that the company is not only a JRPG house and can market themselves as one company, I was happy to see a great mix of things I would actually play like Life is Strange, Just Cause, Dragon Quest. Sadly I was more interested in their mobile offerings and the Square Enix Collective titles, but the non-press side of the floor, had a few booths with phones showing titles that are already out in the US. I was told on the press side of the booth there were more to see and play. In addition, no information was available on the public side of the booth on the Square Enix Collective titles. I backed Tokyo Dark so i was curious if anything would be mentioned. To be fair the Square Enix Collective titles are very early in development with kickstarters ending weeks before E3. After walking around and observing the endless demo stations for the new expansion for the Final Fantasy 14, I realized it was already noon and I need to get over to Atlus in the other hall, which I did.

Snapping pics of Teddie and Dancing didn't take too long so I ended up walking around to check out Nintendo. Super Mario Maker. The HYPE IS REAL. That’s all to be said. I did not have any expectations for Nintendo so I the titles I was able to see and play to from the house of Mario made me happy. After doing a first pass at Sony and Microsoft it was time to head back to the other hall as after standing and watching the Gamespot and Kinda Funny booths for about 20 minutes to rest, I needed out of the place for a mental break.

The Rock Band booth being outside, in between halls was a great idea on paper however the hot day and sun aimed directly at the stage made things a little difficult. After playing then getting a sandwich from one of the convention cafeterias it was time to revisit EA and the gang to see more of the larger publishers.

I had a chance to play trackmania which seemed to have almost no one playing except French developers, a Ubisoft person who seemed to have been doing double duty between this and the special Just Dance room who was just playing the game to pass time. I spoke to her and she asked if I could play. Trackmania was fun and felt great with the PS4 controller. One of the French guys whom I thought was a developer asked if I played before and I said yes. He recapped some of the new features and then thanked me for stopping by and being a fan of trackmania. I felt bad as Ubisoft had this on one if its entrances into its giant coliseum style booth but once inside the booth, it’s like it never existed.

After walking two laps of the hall and seeing cows from Harvest Moon to Farming Simulator it was around 4 and time to go back to the other hall one last time, however I was going to walk in and out of the meeting rooms just to see the atmosphere. Essentially there was nothing to see other than suits, dresses, liquor and game posters to help folks locate specific booths. I didn’t take pictures as I felt it was not appropriate but it was fun to see wizards of the coast have multiple meeting rooms.

Essentially I was able to see the non-press parts of the show in one day and had time to demo four games: Rock Band 4, Guitar Hero Live, Trackmania, Persona 4: Dancing All Night (played on a PS4 controller), Super Mario Maker. The lines to play and get a free Skylanders or Infinity figure was way too long and was too dangerous to destroy my schedule on. By the time 6PM struck, I was sitting in the south hall lobby resting my feet. By 6:30 I was walking to the parking lot, learning that there was a giant Playstation tent with MLB the Show logos with a Playstation store but at that point other games were being shown that were not the show. Also I forgot all about the Devolver Digital parking lot areas. Oh well…I tried!

I wanted to write more, such as the multiple PR managers and how relationships between parent/child corporations are handled at a show like this, such as how Atlus USA's booth was setup. While SEGA had a Hatsune Miku demo over at the Playstation VR booth. Maybe in another post, another day.

Questions? All in all, it was a great experience!