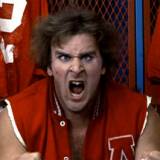 Ryan Davis is Still a Threat

Ryan Davis was a great man.

Is a great man.

He lived life with an honesty that could be felt with every word and action, produced by a body that just couldn’t keep up with him. He was a father when mine was asleep, a brother when mine was away, a friend when there were none to be found. I had the pleasure of talking to him once. It was on an episode of the long since irrelevant Minor Issues podcast; Andrew (Systech) and I found a photo of his business card while looking through sexy cosplay pictures on Anime Vice. His phone number was on it, and we thought he’d make for a great, impromptu interviewee. Needless to say, the call was awkward. We rang him on a Sunday while he was in the middle of an errand, but he didn’t hesitate to give us his time. If I had it now, I’d give him every millisecond back.

Ryan was nothing short of a hero. He would look adversity dead in the eye, and then cum all over it, laughing while throwing back drink after smoke after burger. This is what I loved about him. When I was a spineless, confused preteen, he was the one who told me to buck up; the one who could put a smile on my face and a boot in my ass. Through Ryan and Giant Bomb I overcame a lot. I even met my best friend in the whole wide world (and now current roommate) DanielJW through Giant Bomb. Dan and I knew each other from the GB community, and ended up meeting/becoming bff’s at film school in Toronto (though we didn’t know it at the time.) It wasn’t until two weeks of constant bro-ing up that Dan wore his Luchadeer shirt and revealed his true self. We were instant-bff after that.

The impact that Ryan and the Giant Bomb crew had on my life is immeasurable, and I know I’m not alone in this. Remember Ryan for who he was and what he brought to all of our lives – the joys, the laughs, the instilling hatred of wingless planes.

Ryan Davis is still a threat.

It's a Big Day

I've been here far too long and I hate everyone here. I can't believe I spent countless hours on these boards talking about how dumb I think shit is. But seriously, Medal of Honor multiplayer will be mad dumb. SO DUMB!

Anyways, DanielJW is a hoe.

That is all.
6 Comments

SYSTECH IS A DEMON FROM SPACE!!!

YOU DON'T KNOW YOUR KING!!

Matt Bodega totally has a new Avatar. CHECK IT OUT!

Rock Band Made Me Sick

Last night I was 'babysitting' my little brother and his friend, and when they were in bed I decided to bust out Rock Band 2 and play a little ( a LOT ) of that. I'd eaten like...a pizza and a half, a 2 litre of Pepsi, and had a 2 hour lifeguarding class the night before. I sat down and started a new band at about 8:00 PM and played till about 2:00 AM. This morning I feel like GARBAGE. Maybe it was just the food, or maybe it was me staring at a TV screen with fast moving notes all night. I'm sure it didn't help. I feel dizzy, it's kinda hard to walk and I want to go to bed.

In conclusion: No Super Bowl for Coltonio.

Okay, I borrowed Dead Rising from my friend Brett this weekend because...it looks awesome and he said he'd lend it to me. I've read next-to-nothing before playing it and god-damn that game is hardcore. Leveling? Escorts? Inmates on a Jeep? Fucking inteeense. Well I read a little bit online and found out I could get a MegaMan Blaster which also sounds awesome. 55,000 zombies? No problem! Christmas break and all I decide to hop in a car and mow down some zombies. Took about 2-3 hours and I killed 'em good! Achievement Unlocked so I decided to get eaten and seek my reward.

OH BUT THIS IS WHEN IT GETS GOOD FELLAS!

Apparently I had to finish the 72-Hour mode to get it. Yeah. Not just get eaten and reload with your profile. Actually WAIT the 72 Hours. Well i wasn't aware of that. So when I enter the security room seeking my long-awaited reward I get a cold, hard taste of floor. If people say games can't touch you emotionally this is something that brutalized me emotionally.

Alright, I was able to find the original design for Giant Bomb A.K.A: Snakesnakesnake as drawn by David Snider.