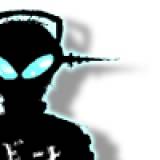 Every once in a while, a game comes along that is so well done, and leaves you with such a good feeling upon completing it, that it makes reviewing it extraordinarily difficult. Persona 4 is one of those games. On occasion, a game flies under the radar, even to the hardcore lovers of the related genre. Persona 4 is one of those games. If you enjoy seeing a lot of harsh critiques in a review, this might be where you want to stop. Persona 4 is an exceptionally well put together game that even those systematically barred from the Japanese RPG genre should sit down and play.

Persona 4 follows the story of seven drastically different high school students (and one…thing, for lack of better explanation), whose fates run the same line in a crazy train murder mystery. Your character is a city boy sent off to the back country town of Iniba for a year by his parents. You stay with your mother's brother, Dojima, and his daughter Nanako. Within the first few days you will be quickly introduced to Chie, Yukiko, and Yosuke. Soon thereafter, everything goes downhill and chaos ensues. Long story short, someone is throwing people into a world within T.V. (yah, that's not a typo) and those people are dying. Luckily for you, you discover your ability to enter the T.V. world whilst testing out the "Midnight Channel" that Chie brings up during school. From that point forward, you and your friends decide to solve the case, and so the game begins.

Say hello to the investigation team.

Persona 4 is nothing like you've played before in a JRPG (unless you've played prior games in the series, of course). The game centers around managing your time wisely, dividing your days up into spending time battling, social linking, and working, amongst other things. Social linking is the most important thing you can be doing at any given time, besides battling. The basic idea behind social links is that, upon making an acquaintance, every time you spend time with that person you work towards leveling up that social link. Each social link has an arcana attached to it, which in turn reflects in your ability to create personas (summons). This is incredibly important, and also a great deal of fun as each character has their own story line, and is incredibly well realized.

As mentioned above, you can also take on a number of part time jobs. These jobs will not only give you some extra spending money, but they also will boost one or more of your courage, understanding, knowledge, diligence, or expression stats. These each have levels to themselves, and at certain points they will allow you more dialog options. Progressing through some of the social links will even require you to be at a certain level in one of these before you can move on. The same goes for many of the more lucrative jobs. Some of the jobs have social links attached to them, making these stats a valuable thing to keep tabs on. Everyday actions will also boost these stats, along with reading books, so they are almost always being raised in some way.

I dare you to find another game with enemies like this. I DARE YOU.

When you're not befriending everything that breathes, you'll be dungeon crawling. Persona 4's combat takes place in individual dungeons that you take on one at a time in order, as the story progresses. Each dungeon has a specific theme, and a certain number of floors before the final boss battle. The combat is very much similar to any other JRPG kicking around. You've got your attack, skill, item, defend, and run options just like most games in the same vein. Your skills entirely depend on the persona you have equipped. This is where the real meat of Persona 4's battling is, as regular attacks take the back seat to persona skills 9 times out of 10.

Personas are basically summons like you see in many a JRPG, such as Final Fantasy. There are around 200 personas in the game, and you'll be lucky to see them all in your first play through. There are two ways you can obtain personas: Arcane chances, and fusing. Arcane chances occur at random after finishing battles. There are a few flavors of how these act out, but the basic idea is that you want to either match up to of the same persona cards, or just select the a card out of the bunch that are moving around. It's a bit hard to explain, but it's a simple risk/reward system that works great. The more effective way of obtaining personas is through fusing. Fusing is pretty self explanatory. Fuse a couple of personas in your possession to make a new one. It sounds simple, but there are a plethora of variables involved that takes time to master, but works almost flawlessly. The only real complaint here is that you cannot simply re-roll the persona you are trying to fuse so that you can inherit the other persona's skills you're looking for. Instead you're left backing out and re-selecting all the personas used to fuse the one you want, and hope to get the skills you're looking for. It's a small annoyance, and it really won't affect you much in any way, but it's definitely noticeable. As mentioned before, your social links play a big part in your personas. Each persona has an arcana attached to it, and the level social link you are with that arcane determines how much extra experience the persona you fuse receives. Everything in the game is linked together in some way, and it's all balanced so well that sometimes you'll forget it's even happening.

That's enough of the technical stuff. You probably want to hear about what makes this game fun, so I guess I'll give you the 401. The big draw here is the characters. I can't express how well done the characters of Persona 4 are. It's not just the main characters either. The full cast of every character you can social link with, and even those you can't, are all so well realized that you really feel connected to them all as if they were real people. Some people will probably disagree with that statement, and argue that they are simple characters that specifically represent a stereotype. That is most definitely true, but it serves the underlying story of the game incredibly well, and so I can't imagine them otherwise.

It helps that the voice acting is possibly one of the best in any game I've ever personally played. Literally every character that has a voiced line is damn near perfectly delivered. There are very few exceptions (and by few, I mean like two) where the voice acting is just shy of comical, but for the 70-100+ hours your first play through will take you, every line is voiced incredibly well.

If you're normal, then that last sentence probably made you choke on your own tongue. This game is long. Period. If you don't enjoy spending horrendously long hours with a single game, then I suggest you go somewhere else. On the other hand, if you're reading this you're probably a JRPG player, in which case this won't phase you a bit. My first play through took me roughly 110 hours. It's largely for this reason, accompanied by just how realized and well delivered the characters are, that you will feel like you are actually good friends with everyone you meet in game. Unless you're a Vulcan, or the most apathetic soul on earth, you will become emotionally attached to the characters in this game. For me, it was such that I was sad to see the game end, and very much wanted to be able for it to continue, if only to spend more time hanging out with the gang.

The music is also very well done. The soundtrack comes with the game, and I'd be surprised if you didn't pop it in your computer and listen to the music every now and then. It's a blend of orchestral tunes, and some J-pop crazy that mixes surprisingly well, and couldn't possibly fit the game's tone and setting any better.

Outside of the usual breakdown, Persona 4 is just a mind bogglingly well polished game. The localization team should be given a huge trophy for the job they did, it truly is amazing. The rest of the game is also polished to a high gloss shine. When you're in the T.V. world for instance, the screen has a white noise effect and becomes boxed in much like a T.V. would. It's a stupid little thing, and one that most people won't notice until they're 40 hours into the game, but when you do eventually see it, it kind of makes you smile. There are countless such things throughout the game that will make you realize just how much love was put into this game.

If you know me well, you'll know that the pinnacle of RPGs in general for me is Morrowind, at least in terms of the realization. That was the last game that invoked such a deep emotional response in me, albeit for totally different reasons. However, with that being said, Persona 4 now ranks with Morrowind as one of my favorite games ever. Persona 4 was the most pleasant gaming experience I've had in years, and if you value my opinion, you should play this game. Go buy a PS2 if you don't own one already, and do yourself the favor of getting to know the cast of Persona 4.