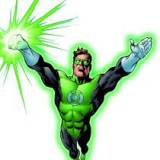 I don't get Farmville(or any of the major games on Facebook),it has a seemingly perfect formula;simple,easy to grasp gameplay,depth for the hardcore farmers out there and a huge quantity of social aspects.This has appealed to millions of people,whereas most games developers consider it a success if their game manages only one million in sales...although I'm guessing if you could pick up any of the latest offerings from Nintendo,Bungie,etc their sales would number in the region of hundreds of millions,but that doesn't seem too likely.
On to my actual point now,the reason I don't get Farmville is simple,it's very broken(I'm well aware that it's still in Beta but I'm under the impression that one day Zynga will just remove the Beta part of the loading screen without actually changing the game).If a game as broken as Farmville were released on Wiiware,XBLA,PSN or the likes of Steam for either free or a very small free it would be a miracle if it achieved a following of a few hundred,not to mention it's reviews would be ruthless.So why does Farmville get away with it,I know it has it's haters but that hasn't stopped it's rampent success.Games developers were caught with their pants around their ankles fiddling the bus boy(thats just a rumour but you never know)when it comes to games on Facebook but they've wised up and are looking a slice of the action and if the likes of EA and Ubisoft start producing free games with micro-transactions on Facebook then Zynga are going to be in a world of trouble.This means they need to stop messing around with long Betas,fix the broken parts of their games and stop introducing new elements that just cause more problems before their millions of "fans" leave for greener pastures.