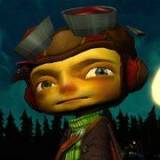 Born in '75.  Old school gamer from day one and for some reason I keep getting older.

Started out on the Magnavox Odyssey 2, played PC games for the most part until I bought myself both a Genesis and a SNES in high school.  Graduated up to the PS1 in SAIT,  After hitting the work force, I've pretty much hit everything else.  Dreamcast, PS2, Gamecube, Xbox, Xbox 360, Wii and PS3.