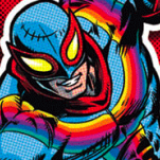 You guys realise this is an 8 month old thread, right?

I couldn't take to Pertwee at all.

I recorded the entire series of Tom Baker because he seems the most likeable, but to be honest, I have NEVER watched a full episode of any Doctor Who. I love sci-fi, but I just couldn't see the attraction of Doctor Who, except gags by Spike Milligan on Q7 about Daleks, plus the awesome 80s hit:

Yeah, I am going to go with an EB guestimate. They have to put a price in to take pre-orders and they certainly don't want to come in under the price as that may cause them a world of pain. In other words, $600 is the absolute outside number.

As an Australian, that is fully $300 more than I wll ever pay for one.

I will buy in at $400 as I did with the Wii, PS3 and Xbox 360. Let's just call that the line I don't cross. Even then, I probably won't buy one until closer to Easter 2013 because games will be cheaper. I am not paying $100 a game. That is more important to me than the console price.

How could anyone not mention this song?

You could impress with this little piece of information I saw on Youtube:

"Timshel," a word that loosely translates as "thou mayest;" the word suggests that we as humans, with the consciousness we "achieved" by eating from the Tree of the Knowledge of Good and Evil in the Garden of Eden, can in every moment CHOOSE our behaviour; we can choose between good and evil."

@Contrarian: Wow, I just looked up cost of living numbers and Australia seems to know what's up. I mean, I'm not planning to work a minimum wage job my entire life, but it would still feel good to actually make some money at a job while in college.

I hope it works out well for you.

I still have my 2 GBA Micros and at the time purchased 2 clear face plates, so you can put anything under it that you like. The GBA Micro was awesome. I still find it easy to play on despite years of playing the DSiXL. It really was a tiny screen, but super sharp and bright. We will never see the likes of them again - no Micro 3DS coming!

@Contrarian: Wow that's crazy and kind of amazing. Does it work? Are small businesses still perfectly capable of surviving even with having to provide employees with such a high wage? Also, is everything just simply more expensive because of that?

I know I could probably look all this up, but it's easier and better to hear it from someone who knows personally.

Prices are aligned to costs. Small business does fine if there is a market for what they offer and considering everyone has the same cost pressures, it reflects in market prices. There are other costs beyond wages, like rent, utilities and cost of goods, but again, everyone has the same costs so everyone is competing on an equal footing. Americans are unprepared to pay higher costs that would be reflected from higher wages. I find that sad as you should not be poor when working a fulltime job.

Is it just massive tariffs or something? That's one crazy price gap between markets. Come to think of it. I believe the same thing occurs in Europe as well.

There are no tariffs involved. The only additional cost would be GST of 10%, but most countries have some form of GST/VAT.

It must be because of the higher costs involved in selling physical copies of games in Australia. Like, sure they could charge you U.S. prices on the Australian digital download service, but then how are stores that exist in physical space going to compete?

That is true, but it is saying that we need to subsidise business through the consumer. We expect to pay extra for retail and that is the consumer's choice.

@Contrarian: You are clearly unacquainted with smaller and much cuter hedgehog.

Also, Wikipedia has no mention of spurs in relation to echidnas, and I don't think they would need one, given all of the other spikes on them. They do lay eggs though, which is weird.

They have the spur, but unlike the platypus, it isn't poisonous. I am not familiar with anyone ever being spurred by a platypus, let alone die from it.@DoctorWelch said:

It sucks for sure, but you also have to remember that the Australian minimum wage is twice that of the US ($15.50 in USD). The cost of living between the two is very different and almost everything is more expensive in Austraila. And that's relative to NYC, one of the most expensive places to live in the US.

WTF!!! We should do that here in the states. Force giant companies like Walmart to actually give some of that insane profit to its base employees that actually do the day to day work. I guess this is a video game site, and that is a giant topic on it's own, but damn, $15.50!

As I said before, my staff, no skills, get $26 an hour. We have a regulated labour market. If you work at a restaurant on a Sunday, you can get as much as $40 an hour due to penalty rates. This is why we don't have tipping - people earn ehough to live on, with having to rely on being patronised by snooty customers. Some might say the tips gets you better service, but I would rather the staff ge a fair living wage.

@Contrarian: Yeah, but echidna spikes can puncture tires. PLACE IS A DEATHTRAP.

Wussssssss! Echidnas are the cutest things ever. I have picked them up in my hands, but they have the same spur the Platypus has.

@Contrarian: Don't get me wrong, I agree that Australia's animals are amazing. That was half the reason I watched Crocodile Hunter back in the day (RIP Steve Irwin). I just don't know that I would want to ever go there because I'd be constantly thinking that I would be completely surrounded by snakes and spiders that could kill me in a single bite, and I don't have a fear of snakes or spiders.

People always overstate the danger in Australia. The only real danger is water for sharks and crocodiles. Land based animals can be dangerous, but so few people die from them, it is far less dangerous than a wolf, a bear, a tiger or lion or a hippopotamus. I have never felt threatened by anything and I swam in water next to a sign that warned me of crocodiles. I live in the south and the only animal that can be dangerous is the Tiger snake, one of the deadliest snakes in the world. I leave them alone and they do the same.

PlayAsia and OzGameShop are the way to go. Skyrim at launch was AU$89.99, so I bought it from the UK. Fuck that was a long wait.

I use both of those myself. Still, on average, with discounting making games cheap, I would import less than 20% of the 120ish games I buy a year.