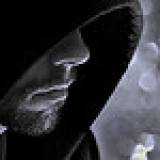 I bought both the DK1 and DK2 for the Oculus Rift, and I preordered the CV1 within the first hour of it going on sale. There are a lot of tech demos out there and a lot of buggy garbage that show promise that I've experimented with while using the dev kits. I initially thought I was going to have motion sickness, and in fact I did the first time I used the DK1 but it was mostly due to the latency issues which were better in the DK2. It was also coupled with the fact that the demos are created by people who are just tinkering with, and figuring out what is comfortable for a player. My heart sank when I thought that maybe I just couldn't play VR games. I'm also sensitive to motion sickness anyway, as I get sick as a passenger on long car rides, and sometimes on the train. Games that keep the player stationary seemed to work best for me and there are going to be a multitude of these because they don't have to answer the question of player locomotion.

I enjoy simulation games and there will be plenty of cockpit/driver's seat experiences on day one for the Oculus Rift and I'm sure for the Vive. Elite Dangerous was a mind-blowing experience and truly felt like you were sitting in a cockpit of a distant future spacecraft. It really is hard to describe the sense of presence in VR. Being able to naturally look around and not rely on a thumbstick or nub for head movement coupled with stereoscopic effects is more than just a gimmick or fad; It is how we naturally perceive the world. I also had a definite advantage in dog fights being able to easily track targets with my head and stay on their tail without having to use a thumbstick or rely solely on radar. I could just look over my shoulder or up and see exactly where the enemy was. Feeling legitimate vertigo as you drop from a high distance and see the ground rushing up to meet you is not something you can typically get from a 2D game, with outside stimuli to ground you in reality. We simply have become accustomed to playing games on a flat screen, with mice, keyboards, and controllers.

I don't think you can shoehorn contemporary games in to VR and not have it seen as a gimmick. There seems to be a few titles for the Oculus, like Lucky's Tale that just seem like they dropped a platformer in to VR. The effect is somewhat like playing with toys or action figures which is kind of cool in a way, but hardly a hardware mover.

I also have fairly poor vision (-4 in both eyes) and I had no issues wearing glasses, or my contacts. I also didn't feel any fatigue as far as eye strain or that burning sensation of "sitting too close to the TV" the biggest issues were text legibility on the poor resolution of the first two dev kits which is a nonissue on the commercial build of the Oculus.

I admit that I glossed over the original post, and read that as "She reversed the genders of Twilight Princess and made a book out of it".. I just had images of Link being captured by Zant and Zelda having to take up arms to save him.

" A game is an RPG if its design follows these three categories: a) an emphasis on story and characters b) character customization (can be through stats, inventory, etc.) c) combat and obstacles that rely heavily on character skill in addition to player skill.  Of course there are subgenres.  RPGs that rely heavily on reflexes instead of character skill are Action-RPGs.  RPGs that don't have a large emphasis on story and instead focus on character customization through skills and items are probably dungeon crawlers a la Diablo and Torchlight.   Thing is, there's so much overlap nowadays that the days of rigidly defined genres are pretty much over.   The guys were totally right in the podcast when they were talking about it. "

I was actually hoping to rid the world of subgenres, because that's where the problems come from. mass effect 2 and borderlands could be argued as action-RPGs.  My hope is to simplify genres, so anyone can tell at a glace, yes this is an RPG and this is not.  "

Subgenres help identify a game, or anything that can be categorized in general.. its human nature to identify things. The reason categorizing exists is to help better identify what a product is. If you bought Mass Effect and it said "3rd Person Shooter" on the box and you brought it home thinking you were getting a game like Gears of War only to find out you have stats, some inventory and a heavy-handed storyline.. you may be off-put. The same could be said for any game that has more than the base elements described here. I don't see the basis of this thread being a "problem" that needs fixing honestly. Things can cross multiple genres and be complex, that isn't something that needs to be dumbed down for the sake of quelling arguments.
10 years ago

I tried the demo of Section 8 and saw what they were going for, and I liked some of the mechanics such as dropping in to battle from the sky and whatnot, but the heart of the game was combat and it just felt too loose and lacked impact. This seems like the perfect move for the to take as I couldn't see many people paying 60 bones for an unproven concept, especially one thats a sequel to a similarly themed, and less than successful game.

" i start with the straight end too and suck on it until it's pointy, then kinda chomp my way down and I leave the curved end in the wrapper as long as possible until finally i unwrap it and pop the whole rest of it in my mouth so my hands don't get sticky  =) "

that's what she said?
10 years ago

My parent's owned a odyssey before I was born as well as a Pong machine. When I was 7 I received an NES and my Dad used to play Gyromite with my sister occasionally. I haven't seen him touch a game since then. He's 64 now and my Mom is 59 so they didn't exactly experience games in their youth. I had a friend who's Dad used to play games but it was more for bonding with his sons as he never played by himself just for the enjoyment of the game. Other than that I don't know of any parents, epecially mine, that truly game.

I think Gen X kids and the latter will see video game playing parent's being quite common.
10 years ago

reasons you cannot discuss? You've been sworn to secrecy regarding the campaign of Halo: Reach? I'm curious now. :)

I don't know about Kobe himself donating money, but Activision did through an endowment:  http://gamerant.com/activision-veterans-event-dyce-51018/

it always baffles me how twisted news framing can become, and how we can neglect the positive things people and organizations do for scandal and controversy. On a side note this just reminds me of morning talk shows that air locally, and how they will discuss something controversial with at least one member of the show stating ignorant claims to clearly insight anger or heated debate among callers. The same tactic is used with any broadcast talk show. They want you to come back to hear controversy, and have some charged response.

I doubt anyone from ESPN gave the Black Ops commercial a second thought the minute after that segment aired. They accomplished their goal in creating a discussion and gaining views. This thread is a good example of that.

I think some people misunderstand the psychological effect of solitary confinement, versus voluntary isolation. If you are staying inside and not communicating with the outside world in the comfort of your home, the key there is at any moment by your own free will you could step outside if you so chose. If you are locked away in a beige colored, cinder block room for months on end without any communication or mental stimulus it causes severe damage to your psyche. Solitary confinement is essentially furthering the issue by stuffing socially deviant or malcontent individuals in to an environment that fosters the same sort of mental instability.

Do I have a solution to the problem thats any more humane, or cost effective? No, I don't. There are only so many psychiatrists and drugs available to help rehabilitate someone and there is only so much time that is available to spend on people. Especially since so much is unknown about why people become so instable in the first place.