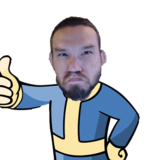 This shows how much I use twitter. Always forget it.

Can you believe this game is on the Game & Watch Super Mario Bros edition that came out today?

Just a warning for spoilers if you're reading comments before watching the movie. Maybe skip my comment.

After watching with the commentary I have to agree. This holds up really well in the special effects. They're really good in this film.

I had watched the original The Blob (from the 50s) a couple months or so ago so I have cool frames of reference when watching this too.

They really subvert your expectations in several ways here. Yes they have a final girl, who's the bad ass at the end which is very "this movie came after Alien and Halloween" so in a lot of ways that should be expected given when this was made. However, since it's a remake of a film from 30 years before it there are some things that are surprising given how many nods to the original film there are.

Steve Mcqueen plays the jock boy friend in the original film. In fact a lot of the opening of this movie is very similar to the original film (a large part of the original The Blob is the shitty date the jock and the girlfriend go on). Interestingly, though, this all comes to an end around the scene at the doctors office. See in the original they did the really irritating old horro movie trope for a very long time where the "hero" sees the monster and for an hour tells everyone and no one ever believes them. No matter what happens, until the monster is out in the open no one believes the hero. It's the most irritating old horror movie trope to me because most of the time it's obvious they aren't lieing! YET NO ONE BELIEVES THEM ANYWAY! It's so irritating.

Anyway, in the original the teens on the date run into a farmer that got the blob on his hand in the exact same way as the homeless guy in this one (good touch making him homeless instead of a farmer- this movie adapted a 50s movie incredibly well to the 80s more adaptation writers should learn from this movies writing) and for a good 30 minutes or more there is a lot of stuff around the doctors office and people there disappearing and the cops not believing the teens about what happened.

So coming from that the opening to this is actually really well done and subversive. You think the jock will be meaningful here because he was the hero in the 50s movie. Yet he's not, he dies at the beginning which is really good.

In the original the Blob the Jock is friends with a bunch of rowdy leather jacket wearing dudes which are all part of the plot. In this it's just the one guy and as sure as all 80s movies of the time the whole town hates the guy in the leather jacket. The difference is in this one the leather jacket guy is the secondary hero.

In the original they figure out the blob is weak to cold (which was smart even in that movie) but in that they all just spray cold stuff at it- like fire hoses and extinguishers until it freezes and then the military flies it with a helicopter to Antarctica. So that's... always been confusing to me. Honestly the ending to this one, even with it also being open ended, works better in just being weird but at least we get that they want to do more with it even though they didn't really.

The director of the original The Blob saw it as a serious horror movie. Maybe too much so because even for the time it was a goofy concept. I'd say this one actually made The Blob creepier. Anyway, this is why they came up with the famous The Blob song (that Burt Bacharach of all people made) and put it on the film. It was believed that it would help the film because the producer believed the movie to be campier than the director gave it credit for. I personally think the producer was right. I don't think the original The Blob is all that memorable on it's own. It's the song that really sticks with you. However, this remake gives the movies concept a whole new life. Despite them intending the 88 movie to be a dark comedy (any comedy you see in that one is intentional) I think they really worked hard to make the Blob a menacing creature that stands up there with any of the best 80s horror movies. It's a shame the movie didn't do that well in theaters because I think, other than the cult following it has, most don't think of The Blob when discussing 80s horrors.

This actually turned out to be a really fun and fascinating watch.

Ok, i'm legitimately scared to watch this one. This movie gave me nightmares when I was a kid and I don't think I've seen it since 1988. This is my The Exorcist I guess.

This years Six Crazy Frights brought to you by Spookin With Scoops!

Should've had a Patrick cameo. Missed opportunity if you ask me.

Good choice! I have been wanting to see this and it's on HBO Max right now :D

I wonder if they thought no one would notice. I did. Or maybe it was intentional and they're like "its an homage" I don't know. I only saw this clip on here.

I never watched any of these DCOMs because they were full of privileged people and everything I hate. Meaningless problems and bad writing.

I enjoy these commentary tracks, though. They're fun. I never knew Mark Mothersbaugh worked on so many of these Disney channel movies. I thought he mostly did those Klasky Csupo cartoons (Rugrats, Aaah Real Monsters, Duckman, etc.).

I also never knew this before, but that girl that plays Marnie was in the Stephen King TV movie Rose Red. The only thing I ever knew she was in before. She plays an autistic girl with special powers (because Stephen King has a thing for telekinetic powers in tons of his stories), and when I first saw it for a long time I thought she really was special needs.

Just a... weird fact that my brain remembered because of this Film & 40s. And maybe the whiskey I've been drinking.

@electricbarrier: I may have to watch it again, but I remember feeling like it was a movie where they kept getting studio notes that really hampered what they actually wanted to do with the movie and the movie suffered for it. I love the Crank movies, but I remember the second Ghost Rider movie being really tame in comparison to the first movie. Which is surprising given it's directors.

I did not mention Lord of War or 8mm because (at least to me) they are both very good movies about very serious and dark subjects. In my opinion anyway they tackle their subject matter very well and this makes it difficult for it to be a fun party film. Movies with a message, that get it right, aren't really funny. They are great movies, though. So is Bringing out the dead, Leaving Las Vegas, Joe, or some others. Nick Cage is a legit great actor sometimes, but when a serious movie is done well it's tough to watch in a group setting. You want stuff that's fun- whatever form that takes.

He's done some other newer films that could work too... probably. Mom and Dad sounds fun, but I haven't seen it yet, and I know over the last 6 years or so he's done a ton of movies that are really bad ranging from laughable to knock out juice (I've seen probably 90% of them). Dog Eat Dog is one of the weirder ones- I wasn't sure how much I hated that one. Then there was the Insidious rip off Pay The Ghost that might work too.

Nick Cage said a few years ago the reason he does so many movies now is because once he talked to another, older, actor who said they wished they did more acting in their 40s so he vowed he would work as much as possible until they won't let him anymore. I also think he just likes doing it. I don't think it's always about the money even still. I could be wrong, but that is the impression I get from him- when I hear him talk.

@north6: Ya, I know. Next is divisive among Nick Cage fans. I'm of the camp that enjoys it, but I know some people don't like it. The Philip K Dick connection aside (really? the worst? have you seen Paycheck haha) I just think it's better than Drive Angry (which is, in my opinion, the worst Film & 40s- they didn't seem to have much steam for that one so I use it as a barometer).

@cyrusraven: I thought it was a very good movie. I highly recommend it.

If I was rating Nick Cage's past 6 years in film it would be difficult to choose "the best" between that and Mandy for me.

YAY! I look forward to this show every year!