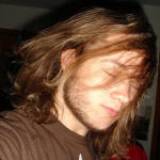 No, but The Witcher made me want to read Last Wish.

"If you're looking for something that feels good and can take a beating....
"

You should'a called yo momma!

I'm sorry, but I just couldn't resist.
13 years ago

"That's funny because I go on both sites and love them both.
"

I still buy CDs when I think there's one good enough to be worth my money.
I'm slowly building up my Iron Maiden collection.

If I had to choose:  Fallout 3 without another thought.

Krillin and his Destructo Disc, for the pure, unadulterated win.

"Entire Wiki they have dedicated to Oblivion, complete guide
"

This is what I use when I don't know something.
13 years ago

Honestly, I would avoid any of the pre-made classes unless it looks exactly like something you would create yourself.
A lot of people when first starting out either don't really know you can fully create your own customized class, or the creation looks confusing to them so they go with pre-made.  When you build it yourself though, you're more attached to it, I feel, since it's truly yours.

One thing that is important to note however, is how Oblivion's character leveling and scaling works:
Every enemy you fight in Oblivion will be scaled to your level.  So if your character is gaining levels mainly from using the Alchemy skill or Acrobatics or Athletics, or any other non-combat skill, then you will be at a disadvantage pretty early on until you can gain more levels by using your combat Major Skills.  Try to limit your non-combat Major Skills to one or two, and never include Alchemy as one of your Major Skills if you're worried about this.  Alchemy is insanely easy and quick to level, even without the benefit of being a Major Skill.

More information on level scaling and game mechanics below:

Okay that thumbnail did not work out like I had planned... so let me try to fix it to make it readable.