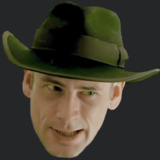 I was thinking I could honor Ryan in my own way.

Maybe I should do my own personal endurance run of KSP by putting Ryan Davis flags on every single celestial body (excluding Jool and the sun.)

I don't know if he was into KSP but it just feels right.

Do you want to have internet access that works 95% of the time? Have speeds 25% of what's promised? Then Clear is for you!
The worst part about it is that it was fine for the first month, it was and should be better than what it is now. It became lame when one day out of the blue it didn't work for 24 HOURS! It's never been the same since. It's too bad because it was a mobile service that worked as well as wired services.

Most useful video ever.

Having your birthday in December sucks. You'd think you'd get twice as many gifts in one month but I've found I get half my Christmas gifts on my birthday and then the other half on Christmas.

I have been accepted in the NXE preview program. I don't know why they decided now was the best time to let me in but whatever.

One third of a game.

What really get's me upset is that they decided to spend all this time and effort deciding how to make this a trilogy. A game should be complete by itself. Too Human is not exactly a game that stays fresh and the fact you can use your character from the previous games in latter ones tells me the gameplay will stay the same throughout the entire trilogy. If your splitting a game's story like Too Human it works better to release two games at most, not three.

What I'm really trying to say is if you're going to tell a story do it in two games, not three.
Let's look at the three NES Mario Bros. games, if the games were about Mario going to the wrong castle over and over again until the end of Mario 3, that would be a really lame story and lame game franchise. Fortunately the three original Mario Bros. games were all different gameplay wise and story wise and the all stood on there own merits, although Mario 2 was a bit of a lie but I won't get into that.
1 Comments

I shouldn't have eaten that uncooked chicken. I noticed the texture was off when I bit into it but I decided I was committed and I'll keep my immune system on it's toes. I think the worst is over...

Has anybody other than me played Weird Worlds?

The reason I ask this is because my submissions are modded because I don't have 1000 points yet. I don't have a problem with that but it seems odd to me to have my contributions checked for accuracy by people who probably have no idea what really is in Weird Worlds: Return to infinite Space.