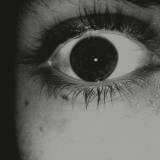 So I've just watched J.K Rowling's announcement and boy am I excited!

I've been a huge fan of the books since they were launched (11 years ago already mind you) and have not turned back soon. Constantly re-reading, listening to and watching anything to do with Harry Potter! This announcement comes as somewhat of a surprise as well as somewhat of a relief that J.K is re-visiting the Harry Potter universe but not as we know or would expect!

If you don't know what I'm on about head HERE or HERE to find out more!

Been quite a while since I've had the time to check out GiantBomb!

I'm glad to be back and now I can't wait to get into the full swing of things!

I don't think I've been on here since before the New Year. Therefore I'm wishing everyone a really belated Happy New year. I've been up to my neck in college work and actual work(to earn money).

After saying yesterday that I wouldn't buy Gears 2, I actually went off an bought the game. Despite not liking the first Gears too much I'm actually very glad that I bought Gears2. The gameplay is a lot cleaner and flows much more than I found it to do in Gears 1. This has a great aspect on the visuals also. The storyline this time around is far superior than it's precursor. The new layouts and features really add to it. I'd recommend that all owners of a Xbox360 buy the game and those who didn't like the first Gears might be pleasantly surprised.

My head is still spinning from finding out that Obama is going to be the next US president. Newspapers, radio stations and TV channels around the world are still coming to terms with it and the man is almost a gold maker for the media. All we have to do now is sit back and watch how well he fulfills his promises. If he's not killed by some idiot in between now and then.

You heard it here first, screw all the politics, pollution and what not. China really knows how to put on a show. I watched the beginning of the opening ceremony and then left the house for the teams parading into the stadium.  When I came back I was in time for China entering the stadium and the whole speeches and lighting of the flame. Wow. I was speechless and don't have a clue how London will be able to top that lighting in 2012.

I've 950 points. Granted I've been busy lately and haven't had time to submit anything but hopefully that will change in the coming days. Other than that the site is running brilliantly for me now and I've the Bombcast to look forward to each Tuesday now!

I really need a job.
No one is hiring and wont be for another few weeks before they are again.. *sigh*

The night is darkest just before the dawn!

After trying and failing to see the Dark Knight yesterday, due to a sold out showing I managed to go today with three others in a near full screening for an early 2.00pm showing. What can I say? The tag line "The night is darkest just before the dawn"  could not  be  any more so the truth! Wow, long yes but bloody well worth it! The Dark Knight in my opinion is a near flawless film! Humor, darkness, sadness, surprise, suspense, scary, something else beginning with S, and everything in between! My bets for Oscars are Cristian Bale nomination for Actor in a Leading Role and Gary Oldman and Heath Ledger both with nominations for Supporting Roles.

Well not my actual site but my anyhow. My profile on DeviantArt if you'd be so kind to visit is this here. All photos and what not. Thank You!

So I went to see Pixars latest epic movie on Tuesday and what can I say? The film starts rather slow but other than that the film rivals that of FInding Nemo, if not bettering it in my opinion. The funny thing was that the cinema I went to was full of adults and roughly about four kids. The theme below all the "cuteness" is quite powerful. The charachters, storyline and animation had one lady in tears a number of times which was really quite funny! 5 Star Film. Now I just have to wait for the Dark Knight on Friday...

So it's been four days since the official launch of GiantBomb, I must say things are getting a bit hetic in the forums and seems like a couple of moderators really wouldn't hurt at this stage to help tidy up things and restore peace and order amongst the forum goers. Really it needs it badly.

Original title choice no? I thought so... Well what else was I supposed to choose really?
Answers on a postcard please.
Was bored so used Photoshop to make myself a little blog picture. All I need now is to find out how to have it without the caption and frame. Is it possible?

First impressions are just brilliant, the forums are smooth and sleek, although categorizing would be handy.. or is it just me navigating badly or something? Ok, I've just discovered it's my own wrong doing.... The layout is great, the profile page is great! I love the recent images and all the feeds and what not. Things are looking very very good so far, only thing left is for me to get posting, reviewing and everything thing else between.
Two thumbs up to the guys and wish ye every success in the future. With a community building quickly I'm sure that this site will be very successful. Now where did I put my list of suck ups? Yeah I deserve to be slapped for that but tis true!!

It really must be Cake I'm just sorry.
Forum time I think.