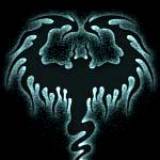 The Witcher/The Witcher 2 and the original Crysis.

Burning Crusade. Had the most fun in every aspect of the game during that expansion. Going through the Dark Portal the first time was awe inspiring, all the zones felt really unique, the raids still felt epic even though the player limit was dropped, arena was new and exciting, the community was less of a cesspool than it is now, etc.

Vanilla would be my second pick primarily because everything was new.

I never cared for the idea of Hard Modes/Heroics that was introduced in Wotlk, it always struck me as a money/time saving mechanism so they could artificially elongate content and not have to keep releasing more bosses/raids. Epic gear seemed to lose it's meaning around this time since it became so easy to get.

Cata just didn't stick out to me at all. It just felt like more of the same from Wotlk. LFR was a unique idea but it's too easy and is basically a loot pinata (Welfare epics).

MoP still feels like an open Beta and I hate the theme. Valor gear locked behind reputation that you need to grind dailies for is retarded. PvP balance is possibly the worst it has ever been (or at least tied with S5). The item upgrade system is ruining pvp because catchup is impossible if you start late or want to gear an alt/offspec. The PvP Power stat, while a good idea in concept, makes the gear disparity ridiculously large to the point where if you don't have a pvp weapon you'll never be even close to competitive. Only being able to get rep through dailies is dumb. This is possibly the most alt unfriendly the game has ever been (at max level).

And I hate to be "that guy," but after BC it has felt like every change to make the game more "accessible" has removed part of its uniqueness.

Battlefield 3. After 300 hours it's still just as fun and addicting every time I come back to it. Each DLC fills a particular niche fairly well too.

My only gripe with Dead Island was the sewer section. That's really all I'd like to see changed in Riptide, less boring corridor shit.

Crysis, The Witcher 2, and Battlefield 3. The only older game that really impressed me was Unreal Tournament 2004, but then again I have a shitty memory.

I went premium when the Happy Hour was a thing for the weekly premium content (along with the backlog). I basically thought I'd be getting a premium feature weekly since that was the norm back then.