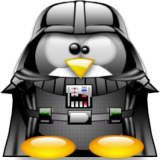 Was just done playing the BETA yesterday, and as many people have, I've stumbled across many issues (BETA, duh!) and here is what I think they should fix/add to the game:

Glitches: Screen going blue after respawn, going white if you look in a certain direction, going pink/black and messy while changing weapons (not all the time, of course). Grenade sticking to bushes when thrown while proning/hiding in one.

Terrain: Falling into texture. Flying off map if shot dead (high impact bullets?). Being pushed by "teammates" while defusing/planting which stops it.

Stuff I'd like to see: 1) Being able to change class/weapons/attachments while waiting for respawns and while waiting for the match to start (being able to customize stuff/dogtags on the waiting screen before the beginning of a match). 2) Simpler and more easy to navigate class/weapon/attachment selection screen. 3) Ability to mute annoying squad mates and for them to see I muted them, maybe even them sending me a request to unmute them (if they'd get their shit straight). 4) Having some sort of feedback (visual/audio) to when I ask teammates for ammo/medpacks (select button). 5) Having some indication if I am the one being asked. 6) Arming/disarming gauge continues even when I turn the camera around. 7) More streamlined HUD with less stuff on it, smaller text and only "important" info displayed (specifically: corners). 8) Diving in water (?)

Keep: The laser and flashlight as it is! Their advantages and disadvantages are obvious and they add more to the strategic aspect of the game. Why people are asking to dumb it down boggles me.

Some might have been already addressed, others I simply overlooked or didn't realize were already there. What did you guys think of the BETA? Was there anything you thought they should've added, removed or done better?