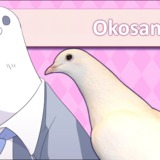 @bollard: Silver includes the bank but not the next map. WB DLC is terrible, you need gold for a complete expansion pass with both new maps. Considering the price (£33) and learning that its 2 new maps and no bonus missions completely overpriced.

I've got silent assassin on all but 2 elusives (alerted a guard stupidly on one, and missed hawkes bay). The big disappointment for me was hearing the 2 extra missions included with the bank are more like patient zero, and they stressed not proper bonus missions. The rate of meaningful singleplayer content is cratering interest in the game, I expect its more WB forcing them onto the WB model of bad dlc but I worry for the studio and interest in Hitman 3. The mutliplayer stuff and sniper maps are nice but its not what i'm there for or what most people are there for. And to put out only 1 new map in 6 months (and by the sounds of it only 2 in a year) is not enough for me and seemingly not enough to catch other people's attention either (giant bomb staff! who i'd love to see in action again).

HotS is really fun, but massively mismanaged. They spent so much time on monetization the core gameplay never got polished properly and stuff has been slowly and surely sliding away. They could have saved the game if they really cared to but Blizzard seems to have bowed to Activision nonsense that if something isn't immediately and instantly making returns its time to kill it because who bothers investing in their game development and future profitability? Better to gouge people by increasing shallow monetization and addiction mechanics while preparing to axe the whole thing entirely.

Super is mediocre and inconsistent throughout its run, the Goku black stuff and the filler is the only real standout stuff. The last arc of Super in particular is a fucking drag, pretty much encapsulating what Jeff and Dan have described as their least favorite parts of Kai. Those being long, drawn out, fights with little of the charm and world building they loved. It isn't something I'd recommend watching before Dragonball and Dragonball Z/Kai.

They've said multiple times they love the weird shit in Dragon Ball, and OG DB is all of that. It obviously explains all of the questions they've had about the world of Dragon Ball that went unanswered in DBZ and has left Jeff and Dan confused or misled during the podcast. The fights are better choreographed and more interesting due to much of the fighting being hand to hand combat up until near the end, rather than just fireball volleys that do jackshit. The characters that debuted in Dragonball that aren't Goku, Krillin, and Piccolo actually get some much needed context and development as to who the fuck they are and why anyone should care.

The only thing I can see any real hangups on is the sexual humor present in the really early arcs of the show. Some of it ranging from harmless to some being unquestionably dated. The sex stuff is at its worst in the first arc which is like, 12 or 13 episodes if I remember correctly? It never fully disappears from the show, but it gets significantly better after the first two arcs. Roshi gets better as the show goes on and becomes more than just a catalyst for dirty humor and the stakes start to get raised. The Android 18 scene in DBZ stands out to me as being probably the egregious moments for the character. I found it more eyerolling than anything he did in DB, since by that point in the series, the lecherous old man aspect of his character had taken a backseat to the wise mentor.

I don't think "but Vegeta" is a compelling argument as to why anyone should skip the original series, especially if you walked away from DBZ/Kai saying you like the weird shit and character moments even more than the fighting. The best thing I can say about Super is that its an ok time killer if you aren't absolutely sick of Dragonball by the end of both the original series and Dragon Ball Z/Kai and don't quite hate yourself enough to suffer through GT.

I'm firmly on team Dragonball if they still want to pursue other entries after Kai. Super is bullshit.

Super's great and they are gonna love it.

The only option for more Vegeta is Super, so there really is no choice to make.

Ooof. As a European its really not surprising that you had problems in Poland and Hungary, these countries are now run by parties that are pretty openly anti-Semitic. They've been in the news for attacking Holocaust museums, and Hungary spends a lot of time demonising Soros. I don't see anyone mentioning them above aside from vaguely mentioning Eastern Europe but you didn't really list off your itinerary. You probably would have been ok in estonia.

@gkhan: He's not in with the general public, even within the VIP areas, he's somewhere fairly exclusive to high status visitors, and he's not backstage anywhere he's chilling out meeting people and getting a little entertainment.

I love it but there are a lot of bugs to iron out that I feel are a result of them being forced back into release crunch by WB and fans. The obviously missing levels carved out for the DLC are handled poorly as well, they should at least be a bit more honest that they are coming in the expansion packs and add a placeholder on the campaign menu. As it stands now you finish mumbai and get its cinematic, but theres actually another cinematic you need to watch before Whittleton creek, the continue story option completely skips over it and takes you straight to the next map yet the cinematic details why you are headed to Whittleton creek...

At the same time I'm confused about what 47 will be doing in the mean-time, after mumbai I imagine its a little more evidence gathering to identify the targets in Whittleton, but then they identify the final location in the game immediately following Whittleton, the cinematic to follow the second missing level just shows a further reaction to Whittleton that sets up a complication for the final map. Perhaps 47 is trying to maintain his cover in this time by continuing unrelated hits for the ICA or their employer?

For reference here's where the first missing mission will go, long shot will get autoplayed after you finish it, its pretty dishonest that they don't have a coming later placeholder, they did use those in hitman 1. I do own gold edition, I'm happy to pay for more maps even ones that got cut because of the release schedule but at least be up front where they fit around the existing maps.

The loadout inventory sorely needs a cleanup, I've probably gotten half the items from 1+2 maps and its already a mess. We need at minimum just a button to switch between available skins so there aren't 5 different coin skins taking up space. And preferably something to handle weapon mods, it could again just be a button in the menu that cycles between available options at least as a short-term solution. The disappearance of weapon perks from the UI is also a step back I feel now I have to inspect guns to see what level of scope it has.

@bisonhero: Sheik Salman Al-Ghazali, its the same man from Paris but IOI have stopped using his name.