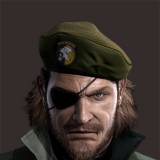 I need some friend codes so I could have friends and people to trade Pokémon with.  Thanks!!!

Personal Game of the Year 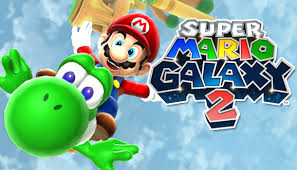 Okay so here is my reason.  I haven't gotten to play a lot of games this year and my PS3 broke so all I have been playing is  Wii games all year but this game has to be the best of the year in my opinion because I got it in June for my birthday and I played it none stop through September.  That's a big chuck of my year knowing that my wife and I had our second child this year and have not really had any money for other games this year.  The graphics were amazing and the gameplay was the best ever.  Yes I beat it in under 20 hours but by the time I completed the game I ended up putting in over 35 hours into this game.  That's a lot for me and I can't even remember the last time I played a game that long.  That is just how addicted I was to this game.  I know there were other great games for other great systems but I was unable to play them so if you are going to hate on me for that well then you should be ashamed of yourself since I am almost always broke after every paycheck due to bills.  Other than that I hope you all had a great 2010 and can't wait to play some more games in 2011, but who knows that maybe my 2011 Game of the Year might be a game from 2010 since I just got Kirby and Donkey Kong for Christmas.  But if Zelda comes out like expected I will definitely have that pre-ordered and that will probably end up being a front runner for my 2011 Game of the Year just because it is my all time favorite franchise.  Well have a great New Year and maybe I'll see you guys around the interwebs.

Well fellow gamers I did it!  I finally got all 242 Stars in Super Mario Galaxy 2!  This game was absolutely amazing and I loved every moment of the game.  I feel amazing after completing this game, and with only owning this game for three months I did it.  Yes I am sure more people did this faster than me but I do not care.  For a person who works 40 hours a week and is a husband and a father of two young children under the age of 4 made me feel like I really accomplished something in the gaming world.

Well as most of you probably know I haven't been on lately and the main reason is because my workload has picked up which sucks but yeah that is the main reason. Other things that have happened in my life is that my PS3 is dying cause the blu-ray lens is going out and I can only play a game for about 15 minutes until it freezes so that is a major bummer for me since I can not afford another PS3 at the moment or probably not one for a year or so. I can still get on and play my PSN games and watch DVDs but the blu-ray discs won't read so that really pissed me off. Other than that I was sad last week cause of childhood hero, Ken Griffey Jr., retired from baseball and it finally made me realize I wasn't a kid anymore. Even though I am married and have two kids, watching him play baseball throughout the years was always a treat for me. After that there is the whole NCAA football drama that is going on and IMO I think it would kinda be cool for the PAC-16 to form and I would get to see another one of my favorite teams Oregon come OSU every four years. The only school I will really miss is Kansas but oh well I assume. I think that is it for me now, I guess I will have to dust off my Wii and start playing those games now, but I will anyways since I am getting Super Mario Galaxy 2 for my birthday on the 20th. Well to end things off I need more money cause hospital and credit card bills are kicking my ass right now and I can barely afford gas to get to work so that really sucks. Maybe one day I will hit it rich but I highly doubt it knowing my luck in life. Hopefully once this project I am working on slows down I can get on the forums again but until then to be continued....

P.S. I want MGS: Peace Walker but my PSP-1000 analog stick is broken so I can't play that either so my Sony products are both dead.

They are coming again!

Well I have been wanting to do this for a while now but have been to lazy to do it but here it is.

1. The Legend of Zelda

Well the main reason why I love Zelda is because it was one of the first games that I ever got addicted to when I was a kid. I remember renting, yes renting, Link to the Past when I was a kid one weekend and was instantly addicted to it. When I finally got it for my birthday I couldn't stop playing it and to this day, The Legend of Zelda: A Link to the Past is my all time favorite game and my favorite Zelda game. I own every Zelda game except for Zelda's Adventure on CD-I, I own the other two and even own a Zelda watch that is a game and a Zelda Game and Watch game.

Ah yes Mega Man, the Blue Bomber, what is there not good to say about Mega Man. I remember my brother got Mega Man 1 for his birthday and laughing at the cover art. But inside that stupid box was an awesome game that I ended up playing more than my brother! I love the original series, but the X series is the best in my opinion. I would say Mega Man 2 is my favorite original series game and my favorite X series game would either be X1 or X3. X1 I have mastered that game cause I always borrowed it from my neighbor I loved it so much. But X3 was the only Mega Man game I rented over a weekend and couldn't beat so I ended up finally buying the game used in like 2002 for $60 from Funcoland and finally beat it. I own every Mega Man original series and X series game except for Mega Man 7 and Soccer.

I'm sure you can tell by my icon and pics that I love Metal Gear Solid. I'm not really a fan of Metal Gear 1 and 2 that were on the NES cause they were hard. My brother got Metal Gear 1 for the NES when he was in 6th grade and they had some thing at school where they could buy stuff so he used his fake money to buy an old NES game, I think this was around 1992. We laughed at the stupid cover like we did with every old game but the game was super hard and I never got into it. The I'm getting sleepy guy was funny. Anyways when I bought MGS on PlayStation from my friend it was really awesome and a fun game and I think that was like my sophomore year in high school so around 2000-01. Then I really never knew about MGS2 until I was a freshmen in college and borrowed it for my dorm neighbor and wow that game was awesome. I loved it and got stuck into the series, I beat the game multiple times just to figure out what the hell is going on. So after that I was hooked and have loved every game ever since. It also has a soft spot in my heart because it was a game I would always play while my late brother would watch. He loved the story but never played it, so it was our bonding time I guess. The week before he passed away I bought MGS3 Subsistence and we watched the 3 hour movie that was included with it. It was the last thing we really did together and I wish he was around to watch me play the masterpiece that is Metal Gear Solid 4, I know he would have loved it.

Yes Pokémon, I know it is kinda embarrassing but I don't really care. This was another game that my brother first bought cause he had money and I pretty much took it from him. Well we went to Wal-Mart day one and picked this up without having any clue what it was about. I mean come on a red Game Boy cartridge is a must buy! This game was awesome, I was in 8th grade and that was all I talked about and played hell I even got the Pokémon Pikachu walker for Christmas and wore it EVERYDAY to school. I was hooked and I actually caught all 151 in the first one, the only other game I caught them all in was Ruby. Red will always be my favorite but Ruby is a close second cause I spent well over 200 game hours in that game trying to catch them all and got most of my Pokémon to level 90. I did this because I always played it while I was working, I had a job at a lake so there wasn't much to do during the weekdays. I still love these games today cause it is an easy to get into RPG where I can still play while not really paying attention to it.

How can anyone have a list that doesn't include Mario. The Mario games are truly fun and one of the first game that I ever played in my life. I didn't have to many of the games when I was younger but my favorites are Super Mario Bros. 3 and Super Mario World. I liked Super Mario World more though cause I actually owned it and could play it all the time, but these games have always been fun for me except for Mario Sunshine. Hell even in 2nd grade I would screw around and draw all sorts of different Yoshi's and give them cool names like Lava Yoshi and Rainbow Yoshi. It was also my nickname but only for the 2nd grade.

Well there is my list you can agree or disagree with any of them and if you want you can tell me your favorite gaming franchises.

I am always ready to go home.

There were tornadoes in Oklahoma yesterday, I did not get hit.

Well I'm back at work after the 3 day busy weekend.