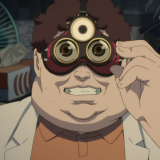 Either one of them should be renamed to plain just "War Thunder" and the other one deleted. Perhaps an alias "World of Planes" is useful for those remembering its initial name.

NB: This is not World of Warplanes by Wargaming.net

Guys, do we know if this is actually real yet? What is the credibility of Mr. McThreeposts?

This is actually real.

Not sure if 70 posts is credible enough, so here are some sizeable pictures.

Ratings are part of the "Releases" section.

Apparently Game Informer is the third (3rd) largest magazine in the United States.

"The monthly magazine’s circulation jumped 37 percent from a year earlier to 8.2 million copies as of June 30, pushing it past Better Homes & Gardens magazine to make it the third- largest magazine in the U.S., the Audit Bureau of Circulations said yesterday in a statement."

However, this topic has made me wonder how much time do people need/want to spend on the toilet??

World of Battleships has been renamed to "World of Warships"

With all the recent discussion about The Old Republic in the forums and the Bombcast, I'm wondering: what exactly qualifies as "free-to-play"? The way I see it, TOR is not a free-to-play game, as it charges the player with an initial purchase of the game. I guess there are several models for these games which may overlap in some cases:

Is there any need to make the distinction between all these models (or any other possible one I may be missing)? I feel that calling a game like TOR "free-to-play" is somehow cheating the system, because you still have to go to a paid gate to access the contents of the game. And, on top of that, you still have optional monthly fees and micro-transactions.

So, what's your take on this?

Note that EVE Online presents a more hybrid payment model: After the initial purchase, depending on your ability to earn generate in-game currency (ISK) (and your preferences for spending that ISK), you could totally pay for game-time (PLEX) with in-game currency only. At that point the game has become "play-to-pay", I guess.

Meanwhile, various places on the internet report "Easy Mode" coming to the current carnation of Dragon's Dogma. Also a new Demo for PS3 is suggested to appear "next week".

I wouldn't think that Dragon's Dogma needs to be more 'easy' - I'd rather welcome more challenge - but it might as well help people otherwise struggling with certain frustrating scenarios to appreciate the game.

Special Edition PlayXBLA Live Stream Featuring Dust: An Elysian Tail With Special Guests Dean Dodrill And Alex Kain!
Tomorrow’s live stream will feature never before seen live gameplay of Dust: An Elysian Tail! The chance to check out this amazing XBLA title before it launches will be one to remember! Wait, it gets even better… Dust creators, Dean Dodrill and Alex Kain will be in the streams chat channel to answer YOUR questions! Join us tomorrow from 3-4PM PST on our official Twitch channel stream to join in on the fun!

By this time "tomorrow" is today and the date "Tuesday, July 31st" is probably mentioned erroneously. I don't know PlayXBLA so I put my trust in Dean mentioning "today (July 27th)" over on Facebook.

NB: 3 PM PST, could mean 6pm on the East Coast, 11 O'clock at night in the United Kingdom, or Midnight in most of Europe. Actual results for your location may vary due to time-math

When one of these classes enchants a weapon like the Mystic Knight casting Frost Trance for example. How does this affect damage dealt? Is there a chart anywhere on the interwebs? Like do different spells do more or less damage magically and more over does this magick stack with a weapon's magick if it already has it like Eden's Warden for instance? Or does it negate the innate ability of the weapon and replace it with the damage from the spell?

The main issue investigating this is the lack of consistent (UI) feedback, starting with the absence of 'damage numbers'. Furthermore, the game seems mostly content showing the default/unaltered values instead of presenting a (meaningful) report of the actual status quo.

Example scenario: Applying Ice Affinity to player/pawn wielding an Ascalon which has a built-in Holy enchantment, looking at the equipped weapon in the Equipment menu will only show the symbol for Holy under "Element". The sword itself however has all the characteristics of an Ice-enchanted weapon: blue/white glow and (audible) 'frizzling' particles. Based on just these feedback elements, one could come to the conclusion that both must be active because there is evidence (feedback) for both. Although this is certainly an attractive proposition, I'm not convinced it holds true.

Refining the scenario: Mystic Knight with Ascalon and Frost Trance (being the only Elemental enchantment available in the party). Besides dealing a certain Elemental damage type, Elementally enchanted weapons also have a chance of triggering 'special effects', mostly in the form of Status Effects. In our example Ice enchantment gives a chance to freeze enemies, whereas Holy enchantment may cause the wielder to re-gain health when attacking foes (seems to trigger more often when using skills compared to using single/auto-attacks). Knowing this we can (more) easily determine the active enchantment(s) at a given time. Let's visit the guards in 'post-game' Noble Quarter, because they potentially respawn endlessly in small batches and don't necessarily die in one hit even at level 100. Once Frost Trance is applied attacking with Ascalon (Full Moon Slash) will no longer proc 'life on hit', but instead freeze a guard every now and then. The reverse is (not surprisingly) also true, using an Almace with built-in Ice enchantment in combination with Blessed Trance, in unaltered state will occasionally proc freeze/frozen status, but 'life on hit' while Blessed Trance is active.

This limited 'testing' leads to the following:

With regards to 'damage', the only meaningful sensible way to look at this is considering the Elemental weakness of various enemies in the game. If you were referring to the parts of skills/spell descriptions such as "(..) extends and amplifies the enchantment, as well as the recipient's Magick.", similar to the above question the lack of menu/UI feedback prevents finding - or even looking for - a meaningfulsimple decisive answer. I cannot say I'm motivated enough to device a scenario that could show if or how applying a Trance or Affinity will in fact influence the recipient's Magick stat, or what is meant otherwise.

But, what could be interesting is a brief look into 'Pawn vs Arisen' when it comes to using Elemental enchantments.

* Quick breakdown of Duration of various enchantments, for the sake of this table Boons and Enchanter are considered 'Tier 1' and Affinities and Trance are considered 'Tier 2'. Times were recorded using (mechanical) stopwatch and the displayed numbers are (rounded) averages of at least 20 samples.

Either way the choice between player or pawn operated enchantments should be highly influenced by the desire of control and the Arisen's vocation choice, or rather if you play as a Mystic Knight or not.