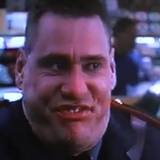 I was personally very interested in Sunset, having bought and enjoyed the mood of Bientot l'ete, played The Endless Forest way back when, jauntily strode along The Path and wobbled slowly through The Graveyard...then I see the people making these games, of which I mostly enjoyed, are irrepressible douches...shame really.

My order would be;

Haven't seen the other couple of earlier films he directed unfortunately.

None of these games interest me (sans XCOM I guess). If I ran Giant Bomb, they wouldn't be getting coverage either.

Has the Internet killed our empathy?

No, but it's allowed psychopaths (sociopaths to the uninitiated) carte blanche to be utter gobshites.

Dark Souls II, nothing else particularly interests me at the moment (playing Persona 3 FES soooo....).

Yakuza (the first & third in particular)

Hopefully we'll get to a point where gameplay and narrative are typically so interdependent that the idea of seperating one from the other and experiencing it in isolation is plainly ridiculous. Gameplay and narrative should ideally feel like two parts of the same whole, but more often than not they still feel like two seperate products which just happen to come in the same package. A game can't easily become more than the sum of its parts if those parts are seperated by clearly defined boundaries and never allowed to resonate with each other.

This is why I roll my eyes when developers come out and suggest letting you skip 'the gameplay sections' or whatever in future: to me that says that they are missing the point and fundamentally not appreciating the potential of gaming. If they're thinking in terms of a rigid 'gameplay section > narrative section > gameplay section...' structure then they are handicapping their game before they've even begun.

Gaming inherently cannot compete when it comes great storytelling, simply because storytelling requires passivity from the audience while all of the advantages of gaming rest with its interactivity. It's not that they aren't trying hard enough or just haven't figured it out yet, it's that the interactive nature of gaming puts it at too much of a disadvantage.

Where games do have the edge however -over all passive media- is not in story telling but in story facilitating. We need to stop criticising them for the former and start praising them more for the latter. If we all go read the same book we will all experience the same one story. It might be a great story but it will still be the same story. If we all go play the same game we might come out of it with a thousand great stories - the difference is that we won't be 'told' those stories, we'll be writing them ourselves. That's what can happen when games are designed to the inherent strengths of gaming rather than to the weaknesses. There are genuinely great stories to be found in gaming, but they're coming out of the likes of EVE and Crusader Kings and DayZ, not in the cutscenes of some action flick wannabe.

This deserves to be quoted.

I thought these types of arguments (by Jeff or people in this thread) would have stopped by now.