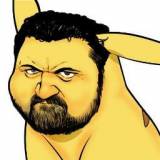 My Reignited Love for Racing Games

So, as I sat there on one Sunday afternoon bored shitless. Various things crossed my mind as to what I could spend my time doing, and just like every other time, I ended up spending about 1 hour browsing the Xbox Live Marketplace for demos of games I never got round to playing.

Let me just get this straight right now. One of favorite games as a kid was Need for Speed: Most Wanted (2005), something about it just allowed me to spend HOURS into that game. To this day I still don't quite know what it was... I mean, yeah, sure it was fun, sure I sunk hours and hours into it. But, was it actually THAT good, was it in my younger more innocent eyes the best racing game in the history of ever-ness? Well, I decided to pull out my old PS2 and give it a blast...lets just say it wasn't quite as I remember it.

With the reignited memory of my favorite racing game every now re-logged in my brain, I decided to scour the Xbox Marketplace in search of a game that can repair the heartache. Then I saw it, I don't know how I wasn't aware of its existence, but nevertheless, it was there...Need for Speed: Most Wanted (2012). Scouring and searching for the buttons on my controller I managed to smash the download button as fast as possible...

So. After a few minutes of staring at the screen, hovering over the 'Play Now' text placeholder on my Xbox, it finished. Smashing down the A button for a good 5 seconds, I then saw all the various splashscreens, as-per usual. Wait, was the 'Criterion'? It can't be, surely they wouldn't be able to go anywhere near an NFS game, they're from the adrenaline junkies haven named 'Burnout' aren't they!? Before I had anytime to think about it I was thrust into the opening cutscene. I heard the 30 Seconds to Mars sound track and muted the TV for a brief minute or so, seeing as the fucking thing wasn't even skipable! Suddenly, I was thrust into the game and going at about 150mph, I blasted round a bend, 'Hold A to Drift' already the game taught me how to 'Drift', no less this isn't what I would call drifting, more like hold a single button to continue going at insane speeds around a corner, and keep going as if nothing ever happened. I went for about another 10 seconds and yet another cutscene ensued. This time telling me about how to find cars around the world. So, let me get this straight 'Criterion' you decided it would be a good idea to take out of a NFS game, one of the greatest things it EVER brought to the table? I mean, at this point it is starting to feel like Burnout Paradise 2! "WHAT THE ACTUAL FUCK!?" I decided to shout as I realized EA and Criterion have managed to single handedly, decided to lie to my face. Just to sell more copies they called it 'Need for Speed: Most Wanted' instead of 'Burnout Paradise 2'.

"Enough butt clenching, let's just see if it gets any better", I said trying to reassure myself. The game then asked me to 'find' another car as if it takes half a brain to do so. After about 30 seconds of driving to where I needed to go...I found the car and decided to do a race...*sigh*. So, just like every other NFS it starts off in the middle of the street, and the usual 3,2,1...GO! Because all the cars were of similar speed we were all close together, that was until we hit a tight corner, and then I realized something...you could actually 'Takedown' cars. Remember that catchphrase? Well you should, because when you had a race in Burnout not only could you race, but you could smash your opponents into a wall, and instead of them dying they just 'respawned'. Well guess what this game has...you guess it! So not only is the handling, customization, just like Burnout, it even has the fucking takedown mechanic!

Well, after that debacle, and the fact that I was fuming when the NFS franchise is no longer what it used to be, I had one, last ditch effort, I downloaded the Forza Horizon demo. Your probably sat there thinking, "Forza? I thought you like the old semi-realistic NFS, why the fuck are you downloading this!?"...well I could atleast try it...right?

After the download had finally done I fired up the demo, and was met with ANOTHER unskippable cutscene. Seriously devs, is it that hard to put a 'skip' button in? Just like last time I was thrust in again, and this time it felt like an actual racing game! YAY! Good start Forza! I gradually made my way to my first race, and I immediately noticed it was much more structured that NFS, and the older, more mature me, seems to like that quite a bit. As I blasted past the finish, I noticed I already liked this a significant amount more than NFS, again I can't quite put my finger on why. I then made my way to my second race...a street race this time...at first I was a bit wary, I didn't quite think a game like this would be able to handle it. But FUCKING HELL was I wrong, this is what I remembered from my old NFS days, dodging and darting around unsuspecting civilian traffic. All that was missing was the Nitrous button, and just a dash of police cars. Again I finished the race without even realizing, and was loving this game more than I ever thought I would.

After finally finishing the final race, I realized I had finally found my salvation. Who'd have thought, after all this Forza would end the heartache, and the inevitable heartbreak.I mean sure during the dormant years maybe my taste has changed but c'mon EA, if your gonna name the new NFS most wanted, knowing it will sell well, why not just make another one!? Oh well. About 2 days after playing the demo, I bought Forza and have been loving it ever since, so if you've been in my predicament I thoroughly recommend it. Add ChocolateJebus on XBL, if you have a mic and want a game sometime.

This is my first ever proper blog post, hope you liked it please comment if you have any feedback...and see ya next time?

Hello there! My name is Danny- Oh wait this isn't the about me section, oh well. Uh, hello there I'm new here I like games and hope to stick around for a while. I really can't think of anything significant to write about for my first blog post...so meh.

See you next time, maybe?