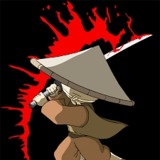 G4 is worth saving

G4 blows. That's not news to you I'm sure but it seems to me that a gaming channel could and probably should work. Of course the network would have to actually air GAMING related programming. I can't remember the last time I channel surfed over to good ol' channel 191 and saw anything that has to do with gaming. COPS, Cheaters, Whacked Out Videos, and bad low definition old movies seem to be the only thing on there. XPlay is pretty unwatchable. I like Sessler and I think he has credibility but Morgan Webb and the douche bag Blair Whatever (not Butler, she's great!) that is always on there really insult any real gamers intelligence. Does anyone really believe that Morgan Webb knows the difference between a 360 and a PS3?
It's really too bad. Game developers should be making their big reveals on a G4 type venue rather than on Jimmy Fallon at one in the morning. Comcast owns the network so theoretically it doesn't need to make money, just fill space, but I'd like to see Sony or Disney, Hell, anyone with big money and some gaming pedigree take G4 over and run it right. There is no shortage of out of work gaming journalists out there to bring in and provide actual news. I'd even bring in a Garnett Lee and give him an hour show to see what he could do with it. Maybe even have the gaming community site spotlight of the week (Gerstman looked good on G4 last time he was on) and get a roundtable discussion going on the industry.  Do whatever, do anything, but for Christ's sake do something! There are any number ways to put actual gaming content on the air.
I guess the bottom line for me is anything is better than watching Joey Greco chasing some poor bastard gettin' some on the side.