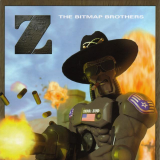 That was the worst pre E3 press conference showing off a new and soon to be released console I've ever seen.

Did anyone else notice the complete absence of both EA and activision at the event?

Pikmin felt like a Wii game hurridly ported to the system.

Personally I would like too see a simpler version of the resource/economy model from Company of Heroes.

Equally I would like the GLA to be an actual Guerrilla/Asymmetric warfare force and not the conventional force with Guerrilla trappings with a fixed base and the same economy system as the two conventional factions.

Cannon Fodder for the 21st century

It's not that Strategy games are dying it's that the platform thats good at them PC is racked by piracy which has devistated PC Exclusive Triple A development over the last 7 plus years.

Crysis 1 was the last only on PC big budget Triple A FPS game a console could'nt do and it aparently sold barely over 80,000 units in it first week on sale. some of that was down to intimidation over specs but the bulk of it was Piracy.

For those who say what about Crysis 2, None of the open areas in that game are a fraction of the size of the ones in crysis 1 and there are an awful lot more loading screens as well.

Crysis 2 is console constrained they simply don't have the grunt or maybe more importantly the memory to deal with crysis 1.

RTS games are not as taxing but console controls just don't work for them.
as a result funding for big RTS and Strategy games has seen a serious decline comepared to the late 90's as an example. I'm sure Starcraft 2 only got made due to Blizzards independence from activision and the money to be made in south korea.

And so it begins


My copy of portal and crysis 2 has not yet arrived :(  sigh
1 Comments

Big Kotaku article on rumors on the 3DS

My one issue with what the say is that the new screen is not touch sensitive
the lower screen also needs work as in my view they realy need to improve the touch sensitivity and the ergonomics over the DS so that you can use your thumb
on the bottom screen to control the top screen as if it were a Touchpad (hold the 3ds with your hands like a controller with your thumbs free.  You can't realy do that on the DS as the lower screen does not realy like anything but the stylus and the shape of the DS means while your holding it the amount of touch screen real estate you can get at with your thumb is small and it's uncomfortable
10 Comments

No Tegra in 3DS

Tigra or no Tigra the 3DS will be more powerfull then the Wii.

The reasons for this are quite simple The Wii's GPU is simply a higher clocked version of the Game Cube's GPU
in other words the architectur(core design) of the WII's Graphics chip is 9 years old!!.

This means that there are almost a decades worth of advances in general design terms and new standards to take
advantage of.

To put it bluntly the WII's GPU is a inherently ineffecient design by modern standards.
The GPU's performance is constrained by performance sapping Design bottlenecks that have been resolved long
ago By the GPU industry. It also does not support modern standards like programable shaders in it's design
something the original Xbox did in 2001!!!!!!!.

The shaders issue is of particular inportance as Programmeable shaders are the major standard underpining
modern game graphics with the 360's GPU considered to have the best shader support of this generation of consoles.

The fact is that any Portable Graphics chipset tech developed in the last few years and there has been a big boom in this area due to explosion in netbooks and portable wifi devices and 3g smart phones, will surpass the WII's raw horse power at a much lower clock cycle due to much more effecient(modern) design.

Any such chip design would also have support for programmeable shaders at it's core.
Even if the supported shader standerd was the very basic 9 year old one the Xbox had the 3ds
would still be able to produce effects the Wii cannot do at all!!!! See Deus Ex 2  and the chronicles of riddick as examples.
the more modern the shader standard the bigger the gap.

Another issue is memory the Wii has a total of 88MB of main memory and only 3mb for both texture memory and the frame buffer! compared to 128 in the Iphone and Iphone 3G and 256Mb of memory in the 3GS
It should also be noted that the markup on the Iphone is believed to be as high as 55%.

It is well within possibility that the 3ds could have at least 128mb of memory current model PSP's have 64mb of memory to speed up loading but all games are constrained by original version's 32mb. and the 3ds would not be lumbered with the PSP's power eating and very expensive UMD drive.

The cost of texture memory and frame buffer twice the size of the Wii's e.g 6mb would be neglable.

It is also very clear that nintendo now views apple and the iphone/ipod touch as the primary compitition going forward. and would have to take into account the barely over a year life span of each generation of iphone relased to date.  it is probable that nintendo would need to make sure that the 3ds's base line specs such as chipset, memory and screen resolution would compare well to at least the first two generations of Iphone that would be released post 3ds.

Although that is just a guess on my part.

The last area were the 3ds is bound to have an edge is in the area were the Wii is most notibly constrained e.g screen resolution of 480 by 640 otherwise known as 480p. if the Sharp 3d screen tech is being used by nintendo and that seems likely
then the screen will have a slight edge in 3d mode and a much greater resolution edge in 2d mode.etheir way the 3ds will naturally be able to support higher resolution textures then the wii.

Although I can't predict the exact specs of the 3ds with absolute certanty be under no illusions the chip technology in the wii is  merely sped up 9 year old junk and any modern mobile chip set will be able to surpass it.