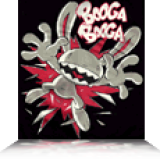 This one strikes me weird.

I've been watching since the arrow pointing down days. I've been a premium member as long as its existed. Drew sent my entire Xbox game collection to Antarctica. It's hard to imagine not having them around, It's something I took for granted that this place would just always be here. But when I look back at it, I watch less than I have in the past, and the energy of the site has changed. It's time for things to end as they are, and hopefully for something new to start.

I'll miss it and I wish the end wasn't quite so sudden, but it really does feel like time to move on.

At work I keep a V60, Hario Slim Grinder and Bonavita electric kettle. I've found this is a great combo as I can make a single cup in the morning (I try not to drink more than a cup a day). The Bonavita is nice because it doesn't have any exposed heating elements so its safe to use\keep in an office. On average I've found it doesn't take me much longer to make my cup than it does to refill the machine in the lunch room, maybe a minute or two more. It also helps that Intelligensia has one of its main roasters in Chicago so I can order from them and get coffee roasted only 2 days ago.

Its been quite some time since I watched Lost, but this is a great reason to. The pilot still feels a little off since there's no focused character and flashbacks that the standard run episodes have. But they do a really good job setting up the island and giving you just enough of a taste of things that you really want to know more. The show has a lot of ups and downs but seems to find its footing much faster than many shows. Star Trek and Babylon 5 take a couple seasons for the characters and stories to solidify but Lost has things in order very early on.

Not sure what to make of this (other than it sounds like trying to raise a family in SF is difficult), but hey I've been watching since the Arrow Pointing Down days. Lets see where the ride takes us.

True Detective referencing The King in Yellow gave me a pretty serious Lovecraft jones. Some type of Lovecraftian Mythos stories, either modern day or 1920s settings would be pretty neat.

This reaction couldn't be more similar to the punk rock/major label uprising of the early 90s.

Consider Oculus as independently focused and intelligent. Consider Facebook commercially driven and a time vacuum of dumb. When your heralded vision that you've nurtured since its inception aligns itself with something you consider suboptimal, you become stompy and outrageous.

Realistically, if you owned a company and a multi-billionaire knocked on your door and offered you the money, resources and freedom to build your dream AND set you up financially for life, you're going to say no because you're steeped in punk rock ethos?

I understand backer outrage. I'd hope Oculus takes care of you with a free commercial unit (at least). Otherwise, us plebs should realize this will aid the R&D outreach and put Rifts on faces faster.

I agree with the first part, as you get older you start to realize that practical trumps ideal. Practical happens.

But for the second I don't, the backers got exactly what Oculus proposed, dev kits and the chance to see them succeed.

I've always thought of Kickstarter as patronage. You're giving money to an artist to produce work, the artist will probably give you something specific in return but you aren't just paying for a specific thing.

Facebook sure likes to sling their stock around in lieu of cash, does anyone else find this a bit disturbing given the rocky start the IPO initially had and for quite some time afterward. I'd love to see the number breakdowns for most of these deals.

Not really, the IPO was a fiasco, but the stock has since stabilized and increased in value, it hit an all time high earlier this month. So for the short term FB stock is about as good as money, better or worse in the long term depending on your outlook for FB as a company.

@brendan: Many people aren't educated or tech savvy enough to know why. Facebook has been becoming irrelevant in recent years due to the adoption by older adults. Those are people who are not going to be excited to use the new Facebook VR. Especially when their kids are like yea no. Sony has way more good will and if they can put forth a product it will definitely be the VR society chooses.

Sorry but I'll take my virtual reality experiences from someone I trust. We have that choice as the consumer. Other VR devices will come along. Put your hope behind those.

Trust can definitely be an issue with these sorts of things, but sometimes trust has a short memory. Facebook has a murky reputation thats more in the spotlight, but we shouldn't forget that Sony hasn't been shining beacon of trustworthiness either. Remember rootkits and other OS? They've built back some reputation since then but thats mostly been from distance not really in changing policy.

Don't be too sure about what older adults might buy into, remember the Wii? Facebook may be losing relevance with younger people but its still very solidly in the mainstream.

I think its too early to call where this thing is going, maybe its a bet by Facebook that VR will be the new TV, maybe they just want to own the tech so they can license it out and have another revenue stream, maybe they build some big scary socially-connected-VR-space-sharing-zone thing.

I'm not sure I like it, I have my doubts about what Facebook intends to do, their track record on acquisitions is far from sunny. But I have it on good authority that Carmack is no dummy. If he's still in this and thinks its going to work that give me some kind of hope for the project. If he leaves in 6 months then that'll be a pretty clear signal where things are headed.

Interesting. Facebook has been spending money lately trying to diversify, but this is definitely not something I would have thought they were looking at.

I guess it all comes down to the what the deal they made actually is, but Oculus now has access to a lot more resources than they did before. Hopefully they can put that to use and Facebook is serious about supporting what they are trying to do.