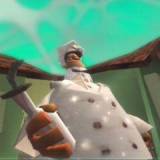 Well, I've got some new songs now and a less confusing (and less awesome looking) music player thing.  I have the extended opening song for Psych, the song for the greatest animated series ever made, Samurai Jack, and the theme song for House.  And now that I'm typing this, I just remembered that I forgot the Scrubs song.  Crap.

Music in the Profile

Yes, I've found a way to get music into this profile.  So every time you view this blog, you will probably be listening to "Carry On Wayward Son" by Kansas, "You Can't Always Get What You Want" by The Rolling Stones, or some other song I can't really remember.  I'd like to say I'm brilliant for figuring this out, but I have to give the credit to a guy who's name I don't recall who made a thread about the matter, giving instructions.  It might still be in Off-Topic; I haven't checked.

Yes, I finally got my first point!  I'm the man who changed the tagline for Brutal Legend to mention Jack Black, and I'm more proud of this contribution than any sane person should be!

How to Blog a Bomb

No, I'm not going to make a tutorial about blogging.  I just made this title because I think I'm more clever than I actually am, so sit on down and be ready to get an earfull of my time here on Giant Bomb.  And it's addictive.  Very addictive.  Ridiculously so.

Now, what'd I do today?  Well, for one I spent my time wondering why I couldn't get the Collection tab to work.  Then I went on adding some friends until I gave up because this site needs a freaking search engine badly for finding users.  I'm sitting in a pile of my own hair here.  I'll post my No More Heroes review tomorrow (after I actually write it), and hopefully figure out how I get some of this to work.

I think I've got the editting process down.  Or at least I hope I do, because I spent a good deal of time making the Animal Crossing page.  The forums here are a bit unorganized, and as a GameSpot refugee I can say I like those better because they're a bit more organized.  However, the Giant Bomb forums allow me to curse like a sailor (or, for that matter, a bad M-rated video game script) so that definitely does get them points.

Blogs Created:
4 blogs
Most Commented blog:
How to Blog a Bomb
Total Comments on blogs:
4 comments