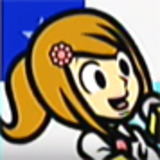 Are we talking about English voice over? I don't think Nintendo of Japan would base much of their design process/decision making around English localisation.

I also think Nintendo has plenty of great voice work in their games, they just use it a bit differently, using it sparingly and in some more non-traditional ways.

I'm quite partial to the Solvalou from Xevious.

Cosmic Smash would be super cool.

I personally hope it's Kickman. Or maybe that dope Neuromancer game. Or that ninja game with the ripping soundtrack... or maybe it's Kickman...

I also wouldn't sneeze at a new Armored Core, but FROM are on that Souls money now.

I don't know if you can really level these complaints specifically at Jim Ryan. I have to imagine the current direction of the company is one that the board etc agree on, and it's certainly getting results for them. Lots of people seem to be into it and they're doing incredibly well, so I wouldn't hold my breath in regards to him going anywhere.

I also don't think games being system exclusive is good for us in any way basically ever. You mention things like the PS3 and VITA stores and Sony's lack of proper backwards compatibility, and how poorly Sony are preserving these things, then want them to make a bunch of games that are locked to the current system. The Sony exclusives that have moved to PC so far have all been games that had been out on Sony systems for like three years already anyway, I don't see that driving people away from Playstation. I was already driven away by the fact that they stopped making anything weird and interesting, because the budgets got so massive that it can only support Naughty Dog, Santa Monica and a half finished Gran Turismo game every seven years.

You could argue that exclusives can bolster sales and if the system is doing better financially, then that's good. But I don't think I even agree with that. We have a bunch of instances where success bred arrogance and complacency, just look at what the success of the PS2 turned into with the PS3, or how the xbox 360's success lead to Don Mattrick's television box. I think the best stuff happens when a console is the underdog. I really like what Phil Spencer has done with Xbox, they were really behind the 8-ball and had to get scrappy to catch up and they've taken some big swings and shifted their focus to get people in the ecosystem whether they actually have xbox hardware or not, gamepass is killing it etc. I don't know if they would be doing quite so much of the cool stuff they're doing now if they didn't have to fight so hard to compete.

But also, Jim Ryan brought us this:

Interestingly enough, it's actually been less frequent for me since my last post. I was having to log back in every day about two weeks ago, but I think I've only had to do so once, maybe twice in the last week.

Fist bump for my "Mass Effect 1 is the best one" people.

Wow, I must be Brendan Fraser, because this is definitely a blast from the past.