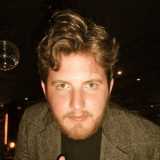 Quests have become pretty popular around the Whiskey Media sites since they were launched in April 2010. In case you haven't come across them - if you're a signed in member visiting the André the Giant page (and who isn't?) you can't miss them - then here's a little breakdown of some of the most popular Quests we ran in 2010.

Let's start off by looking at Screened.com. Still a relatively young site, the community has already filled in a mountain of information in the wiki. Whether it's dropping a massive amount of knowledge on some of the most minor of characters - no offense to any Grail Knights out there - or calling out video game fakery, the Screened community is killing it. And when they're not filling the wiki, the numbers show that they like to bounce around it. Here are some of the top Quests (by steps completed) we've run on Screened, with explanations of what the Quest was about below the graph. Total Set Completions are in parentheses next to that week's set title.

Bring it on home for us Giant Bomb!

Well, we had quite a year in Quests last year, didn't we? It's all possible because you folks continue, day in and day out, to fill out our already massive wikis. Keep up the great work, and enjoy the Quests we're going to be rolling out in 2011!

If you want to continue getting information about Quests, follow @whiskeyquests and/or me, @riezner on Twitter for updates. And always, major props to Coonce for working his engineering magic every week to make sure Quests work properly.  Many, many thanks to @TurboToaster for all her amazing artwork that really make these Quests hilarious and really come to life. You're awesome, Kat!

What to expect from Call of Duty 6

True to form, next Fall we should expect to see another Call of Duty from Activision. All reports are saying that Modern Warfare 2 will take off where Call of Duty Modern Warfare left off. One of the protagonists, "Soap" MacTavish, is airlifted out of a war zone by the Russian military, Captain Price's fate is unknown, and if the epilogue is any hint, there is a hostage crisis that leads to a larger international issue. I think it would be very clever of Infinity Ward to take off right at the point of jumping out of the airplane in the final phase of the epilogue, and maybe landing in hostile territory and having to fight your way out.

As of now, there doesn't seem to be any other contenders for biggest holiday hit for 2009, so COD: MW2 may completely corner the market. What would you like to see in this title? New, higher-tech weapons? More vehicle use? What kind of direction in the story line? Personally, I can't wait for this game. Call of Duty World at War has been a lot of fun, no doubt, but come Fall I'll be itching for a new Call of Duty.
75 Comments

An Offer You Can't Refuse


In 2002, I was pretty heavily into PlayStation 2. I had a sub-standard computer and I seldom played games on it. I don't remember how I found myself playing Mafia. Sure, the mechanics may not have been the like of Grand Theft Auto III, but it had such authentic 1930s feel to it, especially with Django Reinhardt's guitar pieces. I found myself enjoying Mafia more than the dark GTA III for many reasons.

It's no surprise, then, that I'm really looking forward to Mafia 2 next year. Granted, it's not going to eclipse such bound-to-be-hits as Call of Duty 6, Halo ODST, Halo Wars, Final Fantasy XIII, Resident Evil 5, or even HAWX. I hope it does get some attention though, because with its mobsters, guns, a Marlon Brando doppleganger, and the 1950s setting, it's bound to be something special.

Where I think this game could really shine is in multiplayer. I don't many details about the game, I don't think anyone does, but if there is a very open world feel to the multiplayer, where players can set up shop in a given district and run black market operations to gain money and prestige, I see a lot of people embracing this title.

Anyone else looking forward to this one?

I didn't buy Call of Duty World at War simply to kill Nazi Zombies. I knew a little bit about the game mode, but I was really looking forward to the campaign mode. The voice acting by Sutherland and Oldman seemed awesome, the multiplayer was bound to stand on its own, and after playing the game through, I was glad I bought it.

The first time I played Nazi Zombies was online with three other buddies, and I had a blast. For such a simple concept, the game mode gives hours and hours of entertainment, and some stress when you get to round 19 or so. Who would have thought that in a video game you'd be blasting off the heads of decomposing national socialists with a futuristic ray gun?

My biggest hope is that Activision and Infinity Ward embrace this idea that Treyarch added into World at War and add it into Call of Duty 6 (coming next fall). I'm sure it doesn't take a lot of development effort to create such a game mode, and it's something that will keep me coming back.

A Whole New World, a New Fantastic Point of View


Just 3 weeks ago I was the type of gamer who denied he was any such thing. People would ask me about video games and I'd spout off half-knowledge, not wanting to appear to know too much about something so seemingly unimportant. Friends would come over and I'd turn off the video games unless I knew they were "cool." While my hippie friends would decry Call of Duty World at War as contributing to some systemic conditioning of the masses to war and violence, I would subtly bring them into the fold, nodding in agreement to the game's harmful effects on me while I inserted LittleBigPlanet. Soon they were slapping my sackboy around with such sadistic enjoyment as I'd never seen by anyone in Call of Duty.

I began to realize that video gaming appealed to many more people than I thought. There's something for anyone. The historian and I may dispute the accuracy of the newest Call of Duty title, or the plausibility of a future such as EndWar predicts. The athlete may marvel at Mirrors Edge, the pilot tries his skill in the digital cockpit in HAWX, and the person who fancies themself a problem solver is tested by Portal 2.

Video game companies are broadening their appeal, there's no doubt about that. Perhaps spearheaded by Nintendo and their Wii, we're going to be seeing an egalitarian shift by companies like Sony, Microsoft and Nintendo in order to sell more copies. What will be the breaking point though? Will a person who buys a will simply for Wii Fit and a healthier lifestyle be considered a "gamer"? Or the army private who trains with Call of Duty, will he be considered as such? This broadening of video games is what partly makes the industry so exciting to watch, and I see it being the norm for the next several years.

(Author's Note: Yes, the title of this blog is from Disney's Aladdin...it seemed appropriate.)
11 Comments

It is the summation of all that is good and holy

On the seventh day, God rested because He couldn't conjure up the power to create this site. And now that His gaming prophets on Earth have done His will, He sees that it is good.

Blogs Created:
6 blogs
Most Commented blog:
What to expect from Call of Duty 6
Total Comments on blogs:
153 comments