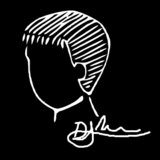 With so many awesome new games coming out and on the horizon, what am I doing with my game time? Playing Gen 1 Pokémon, apparently.

@snaketelegraph: Thanks duder, it's been a surprising amount of fun considering how admittedly rough around the edges the games are by modern standards. I've started playing the next phase and am having to cook up some interesting work-arounds for the challenge-based runs.

Hey duder, thanks for the shout-out at the end of your blog. I'll be sure to return the favour when I get the next post all finished up.

Yeah, there's a lot to be said for how solid that core feedback loop of exploring, catching and training is and how far it carries what is otherwise a pretty by-the-numbers. I have to agree that, at least from memory, the diversity of encounters really goes downhill in the middle third of the game. Everything from Celadon through Fuchsia kinda drags because the routes are long, there's a trainer to battle almost every other step, and the long grass doesn't yield much besides Raticate, Pidgeotto and Fearow. I think the back end does get a little bit more interesting though, with Seafoam Islands and the Pokémon Mansion on Cinnabar Island throwing a few more unusual encounters your way.

I also share your stance on nicknames these days. Used to hate them and didn't see the point, being as the devs put so much care into the species names, but now it feels weird doing a playthrough without them.

I look forward to seeing your Gen 2 write-up when you get there. Which game will you be playing, out of curiosity? Gold, Silver, or Crystal?

As others have said, I tend to mentally keep track of games in the context of when I played them rather than when they originally released, but a quick sort through the spreadsheet I keep has enabled me to put together the following list:

First game I ever played was Alex Kidd in Miracle World on the SEGA Master System. I was about four years old at the time, and I don't think I ever made it further than the third level. I ended up revisiting it a few years ago in the format of a This Is the Run-style series, beating it on the seventeenth run. It... doesn't hold up all that well, truth be told. The jumping physics are weird and the hitboxes for making contact with enemies are pretty dubious if not straight-up busted. Nostalgia carried me through, though.

This all reminds me that there was a remake in development which released a few months ago May have to check that out if it's reasonably priced.

I'm currently playing through Oddworld: Soulstorm on PS4, I'm about halfway through, I think. It's been a while since I played Oddysee and Exoddus, but I did replay New n Tasty earlier this year and off the back of that, I feel confident in saying that thus far this is the best one of these that Oddworld Inhabitants have made to date (not counting Stranger's Wrath, which plays so differently as to be pretty much incomparable). I'm glad I held off for a couple of months while the devs patched it to its current state, because I feel like playing it at launch and encountering all the bugs I heard about would have really soured me on the experience. As it stands, I cannot wait to keep playing and see where it goes from here.

I discovered Tim Rogers back in late 2019 through his contributions to Kotaku's YouTube channel, and have followed his output pretty closely ever since. Action Button is hands down my favourite games-related media at the moment. I love his writing style, that combination of meticulously-remembered anecdotes and painstakingly-researched facts with a style of prose that verges on poetic at times, and he has a fantastic voice for reading his scripts that just makes them eminently listenable. Having seen all of the Action Button videos except for The Last of Us (which I will watch as soon as I've played that game for myself), the DOOM review is probably my favourite video so far.

To put it another way - I spent a significant chunk of my weekend watching a six-hour "review" of a Japan-only dating simulator that I will never play, and just thinking about it makes me want to watch it all over again. The guy is, indeed, a madman, and I admire him deeply for it.

My first game played in 2021 was Fallout 4. It's a game that I've come back to a couple of times since its release in 2015, but always burned out on before seeing the main story through to a conclusion. So this time, I went in with the express intention of mainlining the critical path and I feel like I had a much better experience for it. Started playing it on Boxing Day, skipped going back to Sanctuary Hills with Preston Garvey (which prevented the constant interruptions related to the Minutemen and building settlements), ended up siding with the Institute and saw the end on New Year's Day after only about fourteen hours of playtime. Not sure how much longer I'll stick with it going forward, but it sure feels good to finally tick it off the backlog after all this time.

Merry Christmas Cam. Hope it was the best one you could have possibly had.

And by extension, Merry Christmas, Happy Holidays, and Happy New Year to all you awesome Giant Bomb users. Here's hoping 2021 will be better.

@shagge: Thanks for reading and commenting, and sorry if my words dredged up anything uncomfortable for you. They actually did make a first-person Dead Space, by the way - it was an on-rails shooter released on the Wii (that's a sentence that'd fill most of an "unwise gaming industry business decisions" bingo card!) called Dead Space Extraction. I've never played it myself though, so I'm not sure how it handles the whole "diegetic UI" aspect of the series from a first-person perspective. If that's an aspect of the game that got your attention, I highly recommend gamer_152's three-part blog on the subject - they're all linked in my comment above. The whole series is a brilliantly-written exploration of not only why Dead Space's UI was so innovative, but also why that innovation didn't catch on in the way some might have expected given the high praise.

@sparky_buzzsaw: Thanks for taking the time to read and respond Sparky, especially given the consensus seems to be that this post ended up being a much tougher read than I'd intended - sorry about that! I hope you and yours are doing okay by the way - I came off Facebook about three months ago, so I haven't been able to keep up with what's going on with you. Hope you're staying safe and writing as much as circumstances allow.

@arbitrarywater:Thanks for the response, and glad to see you're still kicking around on this bit of the internet. I'm doing well thanks, although work is tough at the moment - I work in healthcare and can already sense we are in for an exceptionally shitty winter. I think off the back of this crazy year, there are probably some games that I will forever think of as "lockdown games" - Final Fantasy VII Remake and Pokémon Let's Go, Eevee!, specifically. Also, huh, it seems that I still haven't written down any substantial thoughts on the former (outside of that blog in May about how awesome Aerith is in it). I've been seriously considering revisiting the original Final Fantasy VII next month, as a way to mark the twentieth anniversary of the first time I ever played it. That would probably be a good time to write something lengthy and comparative, I suppose? And yeah, Dead Space is fantastic, and should probably be next in line for EA to push out some form of remaster once they're done with the Mass Effect Trilogy, or whatever it is they're calling that. Take care, stay safe, and keep on spinnin' that wheel of dubious RPGs.

Also, whoever on the staff was kind enough to slot this blog into the Community Highlights section of the home page, thank you so much. Holy moley, that was a humbling thing to see when I opened the site up this morning.