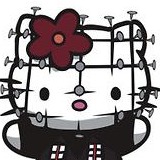 Oh god thank you! though I don't belive in you ;)

Finally after all the years of not be able to fine it I have just brought a copy of Xenosaga III, I have all three at last w00000t!

so what game has been your favourite and which game has most disappointed you so far this year?

mine : -
Favorite - Mass Effect 2
Most Dissapointing - Final Fantasy XIII
let me know yours.

my promised OD has been averted by losing control of the TV hmpf!!

I think with all the gaming I have been doing of late there is going to come a point I might slightly OD but I don't care :P

So i Pre-oredered WAR with Direct 2 Drive thinking i could start downloading at midnight and be playing before most people.......thing is my wife won't let me keep the PC on all night cause it is in our bedroom and is very loud :( so i started downloading it first thing Thursday morning at around 5:30 (time wife gets up to get ready for work) and thought oh well at least I'll be playing it by this afternoon, finished downloading 5pm Friday (we really need to upgrade our ISP) and i was playing by 6:30 all well and good loved it so much i was playing it till goon 12 before i was told to turn it off. next morning i thought i would give my gaming rig a spring clean (help quieten down) but some how i manage to bend some pins on my cpu so i thought good time to upgrade as my chip was socket 939, so i ordered a new MB, CPU and just for luck some more RAM. installed it all to find that the chip i brought run with a watage of 125w and my board could only take 90w lol so i have had to order another board, I've been without my gaming rig for nearly 2 weeks now and i am slowly losing my free month on WAR :'(

why why why didn't bioware inculde a level editor with the PC version of Mass Effect, i would soooooo love to make some additions for that amazing rpg.

That is all for now :P
TTFN

and i got Saren to kill himself :) and slept with Liara and let Kiadian die

Gone back to Oblivion after soooooooo sooooooo long and found out that i still love that game :)

MMORPG's I am looking for a good free MMORPG sign up to alot recently but not very fun signed up to beta of Perfect World International which starts next week, but i will pay to play a MMORPG when Star Trek Online and Stargate Worlds (yes i am nerd:P)

i'm slowly trying to beat that unstart youngster Viiral at his Microsoft Gamescore he is at 10,995 though i have a why to go I am only on 4825. Yes i know i am a sad little boy.

Just wish there was more games like Avatar LOL

Blogs Created:
11 blogs
Most Commented blog:
I am back
Total Comments on blogs:
36 comments