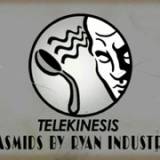 Good for you, Mr. @turboman. Nice to see your work on the site proper.

@ryuku_ryosake: I don't think that the codex in Mass Effect is the same thing as other pieces of Star Wars work outside KotOR. Sure, it is there, but it is outside the game itself, and that doesn't count in my book. That kind of makes it a weak game narrative wise if the only way I can flesh out the universe of KotOR is to read a bunch of stuff beforehand. Without a nice, organized in-game information library, I don't know with what I would need to start those Google searches. I came to this game primarily as a RPG not as a piece of Star Wars fiction. It is nice that it is there and it is awesome to wield a lightsaber, but that in itself is not enough for me to carry a 30 hour experience. This is also why I don't really care how dark side turns work in other Star Wars fiction, since I am not engaging with them when I am playing KotOR. If the struggle is that hard, then show it to me, not just mention it. It also doesn't help, that the game never makes it hard for the player to be good or bad. All they have to do is click on the obvious dialog choices. For them, there is no struggle.

About Bastila. Her Battle Mediation ability is shown as something very important to the central clonflict. Something that still allows the Republic survive against the Sith and gives importance to Bastila as a character. I think it is normal for me to want to know more about how that ability works, if it so central to the events of the game. If it is a Jedi mind trick on battlefield scale, then talk about the implications of that. One would think that such a feat is hard and requires a lot of mental strength. But in the game all it is is meditation that Bastila can easily go in and out off.

I think you misinterpreted my view of Mass Effect characters as just ambassadors to their people. They clearly have a personal take on their culture, not just a objective one. And in later games, Shepard gets to visit home planets of different races and experience all that stuff for it self. Even if it is just exposition and holds little value, the fact that it s there and can be accessed by the player with not much effort, is a big plus in my book. But hey, different people have different tastes.

On a little side note, I like the fact that they set this game long before anything happened in the movies, so that they could tell whatever story they wanted. I just think they could have used that to give their Star Wars story a bit more detail.

@arbitrarywater: Yeah, I played the second game after finishing the first with said mod. I just have to write about it now.

@ryuku_ryosake: In Mass Effect, a lot of exposition was on the side in the form of the codex. If one wanted, they could learn through the codex, that the weapons in ME shave a tiny piece of metal as base for the projectile and then eject it at an insane speed. At any point, if a player wanted to learn more about the galaxy he was in, they could. That, I think, is a good example of the sense of complexity the game created.

On the other side, we have Star Wars, which is primarily a set of 7 movies. At this point in time, everything that has something to do with Star Wars is influenced by those movies. Now, in those 7 films, we get to see 2 complete trilogies and a start of a new one. Each has its own story arc, characters and themes. And all of that is in less than 20 hours of time. KotOR is twice as long and it tells only ONE story. This where I fell Knight of the Old Republic looses to Mass Effect.

Sure, you get to visit more places than in the movies and meet more people. That does help to fill out the created space. But the basic elements are the same as in the movies, for example, the vague and mysterious Force. The same things that make a two hour movie work are task to make a 30 hour RPG work. For my money, it doesn't. I get that Battle Meditation is vague in a Force way, but if I am asked to invest couple of dozen of hours into this game, I want a better explanation than a short "it's the Force". But that is just me, if it worked for you, then it is great.

When it comes to the characters is ME, I think you evaluate them somewhat short. Tali tells you stories about loosing the Quarian home world, about the migrant fleet and the creation of the Geth. Wrex talks to you about the Genophage and how it impacted his people and their culture. You also learn that the Genophage was the work of the Turians and Salarians, something that Garrus also dwells into. Liara talks about what is it like to be a part of a culture where people live a thousand years. Even Ashley and Kaidan have something to tell of interest. Characters is Mass Effect are not only interesting in their own right, but also because they serve as ambassadors of their people. For most of the time, I felt that characters in KotOR lacked such depth.

I guess my main problem with Bastila, is that her turn to the dark side is kind of unearned. Without explaining her doubts and fears more, there was little reason for her to join Malak. When I found out about her turn, I just kind of shrugged it off. And the writers did not stick to the whole "I am a Jedi, I cannot have feelings" completely. Because I romanced Bastila, I could use our mutual feelings to bring her back from the dark side. Even though she said that kissing Revan was a mistake, those feelings still could be used to brig her back and finish the romance. That doesn't really mix well with getting away from emotions. Even if she has some sort of a realization by the end, without a proper setup it all feels a bit weak.

Location wise, a good example from Mass Effect was the remote research facility. You get their in Mako and it is completely deserted of people. At one point I got a creepy and scary feeling, that I was all alone here with my two buddies. That area worked a lot better form me then the equivalent underwater base in KotOR.

@donchipotle: Already did with the content restoration mod. I installed it the day after I finished the first game. Now I just have to write about that.